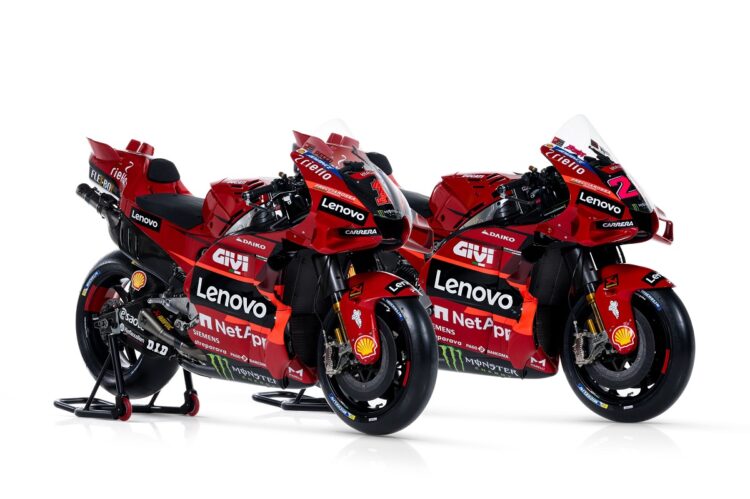 Ducati formally introduced the colour scheme it will run on its factory-run Desmosedici machines, with reigning world champion Francesco Bagnaia electing to run the number one on his prototype.

Streaming the event live from the Madonna di Campiglio ski resort in northern Italy, Bagnaia was on hand with new team-mate Enea Bastianini to unleash Ducati’s updated livery – one that once again features its familiar ‘Ducati red’ as the base twinned with black flashes as the background for sponsor decals.

The pair of GP23’s also showed off Ducati’s new partnership with energy drink giant Monster Energy, the American’s company’s distinctive logo being featured on the riders leathers as well as along the base of the machine alongside continuing title partner Lenovo and fellow newcomer motorcycle clothing company Givi, which features its logos on the flanks of the bike.

Bagnaia’s decision to run the number one plate – a choice that was leaked after studio shots meant for the brands website were released early – was also made official, with Bastianini to continue with the 23 he has campaigned since joining MotoGP at the start of 2021.

Bagnaia therefore becomes the first MotoGP rider to run the number one plate since Casey Stoner in 2012, with every world champion since electing to stick with their chosen racing number instead. 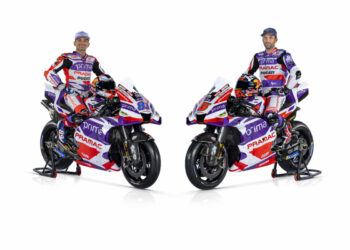 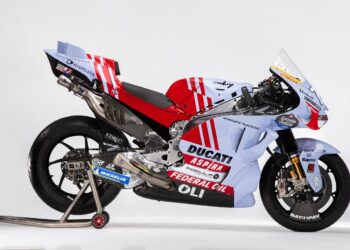