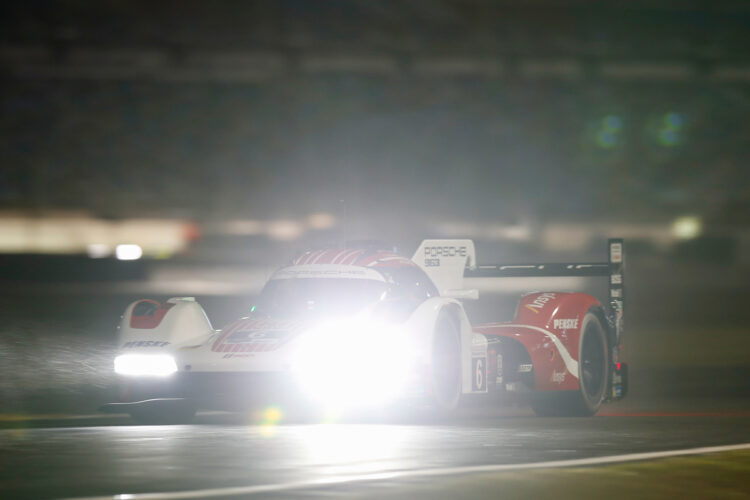 For the first time at the Daytona Roar Before the 24, a non-Acura topped the times. Porsche’s Nick Tandy went quickest in a rain-affected fifth practice session, the final one before qualifying, which was also held at night.

The #6 Porsche 963 driver set a 1:46.206, over two and a half seconds quicker than his nearest rival, Jack Aitken in the #31 Action Express Cadillac V-LMDh. None of the other GTP cars went out in the wet session, preferring to keep their cars dry and, crucially, intact for qualifying.

In LMP2, Era Motorsports’ Ryan Dalziel set the pace, a 1:50.796 in the #18 Oreca 07-Gibson. Next up was former V8 Supercars star and current Penske IndyCar driver Scott McLaughlin in the #8 Tower Motorsports Oreca 07-Gibson, but the Kiwi was over a second slower than Dalziel.

Third in LMP2 went to Pietro Fittipaldi for Rick Ware Racing, the Brazilian setting a 1:51.978 behind the wheel of the #51 Oreca 07-Gibson.

Like GTP, only two cars set times in LMP3. Antonio Serravalle was quickest for FastMD Racing, with the Canadian setting a 1:55.387 in the #87 Duqueine D08. Behind him, again more than a second off was Guilherme de Oliveira, driving the #43 MRS GT-Racing Ligier JS P320.

In GTD Pro, Mercedes-AMG factory driver Jules Gounon was quickest amongst the GT cars for #79 WeatherTech Racing, with the Frenchman lapping the soaked circuit in 1:57.084. Marvin Kirchhofer was second quickest and top in GTD, three tenths off Gounon in the #70 Inception Racing McLaren 720S GT3.

Qualifying begins at 1:25pm local, and will decide the grid for Rolex 24 at Daytona, which starts Saturday 28th January. 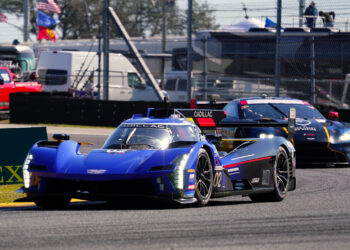 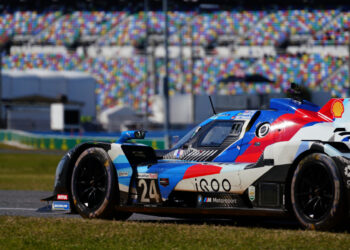