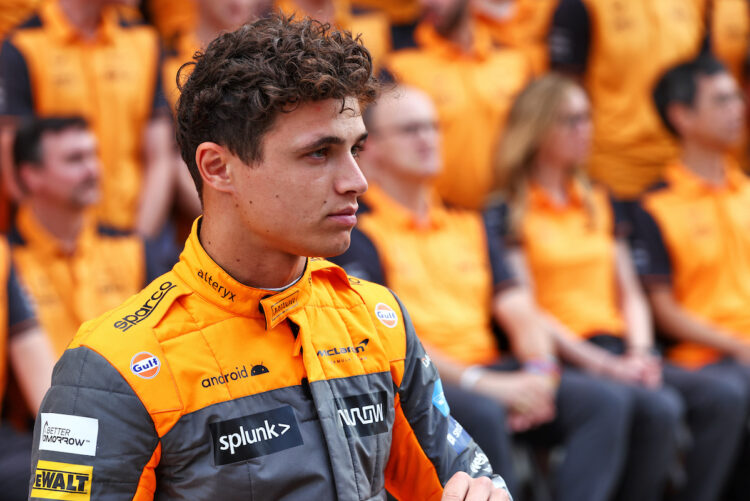 Lando Norris has opened up on the mental health struggles he endured at the start of his Formula 1 career, which he says impacted his confidence.

Norris joined F1 in 2019 with McLaren, where he remains to this day.

The Briton has enjoyed strong campaigns with the Woking-based squad and has picked up a handful of podium finishes during his four years in the sport to date.

It is not the first time that Norris has talked about his issues with mental health, as he appeared on the This Morning tv show in 2021 to detail his personal experiences.

“It was a choice [to speak about mental health], because I struggled quite a bit with it in 2019 and 2020,” said Norris in an interview with GQ.

Norris explained that there were occasions when he questioned his worth in F1 and if he was good enough to belong on the grid.

“I just didn’t know how to deal with it. I kept all of it inside and it really hurt my self-belief and self-confidence, which got to an all-time low,” he said.

“I doubted myself: ‘Am I good enough to be in Formula 1? Can I come back from this?’

“You’re never going to please everyone. There are people that support you and people that don’t. I know I’m doing the best I can.

“A few people said that I had saved their life. That hits you pretty hard.”

Norris will partner rookie Oscar Piastri this year, which will be his fifth season in the competition and the first in which he will be the more experienced driver at the McLaren outfit.