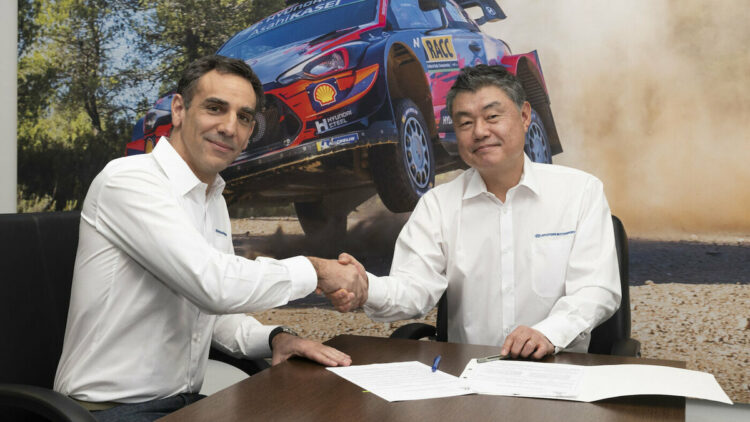 Cyril Abiteboul has joined Hyundai Motorsport as Team Principal, and is due to make his first appearance at next week’s WRC opener in Monte Carlo.

The Frenchman will be replacing interim appointment, Julien Moncet, who will move to a new role within Hyundai in relation to future technology in motorsport.

Abiteboul has a wealth of experience having already spent 15 years working in motorsport prior to this appointment. He has had stints as deputy managing director at Renault Sport F1 and Team Principal of the Caterham F1 team.

Abiteboul’s announcement comes at a pivotal time for Hyundai as the team looks to break Toyota Gazoo Racing’s two-year dominance in the Manufacturers’ championship.

Although he took a sabbatical from the industry after his previous role, the 45-year old is eager to get to work in his new job.

“I am taking this challenge like all the challenges I have been through in my life: with lots of humility,” he said. “But I’m also extremely excited and passionate about what can be done and what needs to be done.”

Sean Kim, President of Hyundai Motorsport, added: “I am pleased to welcome Cyril Abiteboul into the Hyundai family. Cyril’s experience in Formula One will help us to explore new opportunities for growth and improvements as we look to mount a more intensive fight for titles in WRC and to support our Customer Racing teams.

“We will deliberately give him time to settle in, discover the environment and, in time, to make the team principal role his own.

“I would like to extend my thanks to Julien Moncet, who took on the deputy role last season with determination. Under his guidance, we secured five victories and built strong momentum in the second part of the year.”