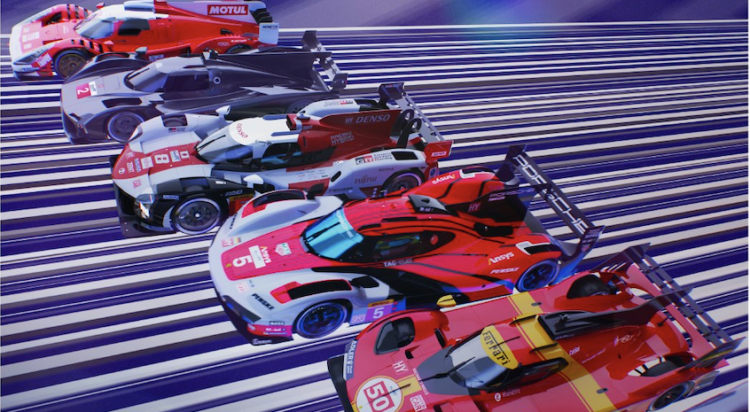 The FIA World Endurance Championship has revealed its entry list for the 2023 season, with 38 entries making the cut across the now-three classes.

In the headline Hypercar class, 13 cars have made the entry list for the season. The two Toyotas and two Peugeots, plus a Glickenhaus, remain from last season. They are joined by the influx of new entries, not least from Ferrari and Porsche, each with two cars.

There are also two customer teams, running Porsche 963, from Jota, making the step up from LMP2, and Proton, the perennial GT competitors, now competing with a car in the top class.

And, fan favourites ByKolles, now named ‘Floyd Vanwall Racing Team’, makes its return after a two year absence from the grid. Even more interesting is one of the drivers listed for Vanwall — none other than Jacques Villenueve, 1997 F1 world champion and 1995 CART champion. However, WEC hopefuls Isotta Fraschini appear to have missed out.

Over in the 11-car strong LMP2, it’s largely business as usual, with two WRTs, two United Autosports, and the previously-announced two Premas. Jota are now running a single Oreca 07-Gibson, as they’ve moved one car up to Hypercar, while Alpine make the step down from the top class to LMP2 as part of their ‘transition year’, with the French squad returning to Hypercar in 2024 with an all-new Oreca-built vehicle.

GTE Am also sees a record entry with 14 cars. Team Project 1 has stepped down to one car, while the Iron Lynx and all-female team the Iron Dames have switched to Porsche from Ferrari, amid the team’s larger move to Lamborghini machinery next year in Hypercar.

AF Corse will have three cars in the class this year, with Kessel Racing also running a Ferrari. Proton Racing will run a single Porsche, while TF Sport will campaign an Aston Martin Vantage AMR alongside Paul Dalla Lana’s Northwest AMR. Finally, American Ben Keating will join the factory Corvette squad, which will now race in GTE Am after the conclusion of the GTE Pro class.