Giovinazzi named as one of Ferrari’s six hypercar drivers 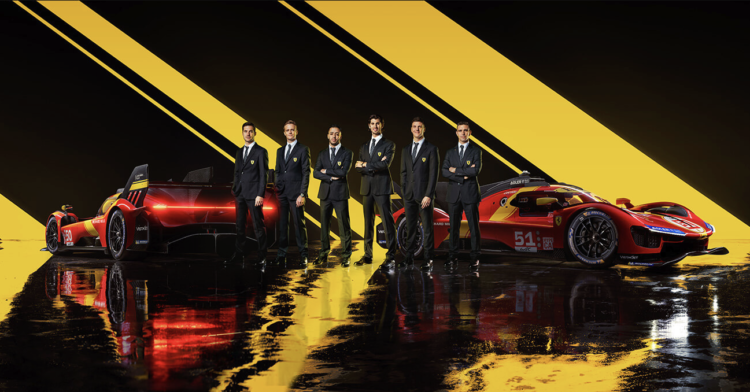 Ferrari has announced the six drivers who will pilot the new 499P in the Hypercar class of the 2023 FIA World Endurance Championship — its first top class factory effort in sportscar racing for 50 years.

Fuoco, Molina, Pier Guidi, and Calado have raced for Ferrari’s GT squad in WEC’s GTE-Pro class, which has now come to an end, until now. Fuoco joined the team last year after racing for Ferrari satellite squad Cetilar Racing in 2021, while the other three have been on the Competizioni GT roster for multiple seasons. The three have had much success with the Italian manufacturer, with Pier Guidi and Calado winning Le Mans in 2019 and 2021, plus the GTE Pro title in 2017, 2021 and most recently in 2022. Molina, meanwhile, had his best WEC season last year, finishing third both at Le Mans and in the GTE Pro world championship battle.

In the case of Nielsen, he raced for AF Corse’s LMP2 effort in WEC last year, with fellow Competizioni GT driver Alessio Rovera and gentleman driver Francois Perrodo. The young Dane impressed Ferrari enough to get a permanent seat, although Rovera unfortunately missed out.

And maybe the most interesting name on the list, Giovinazzi, will be well-known to F1 fans as he drove for the Sauber-run Alfa Romeo team from 2019-2021. After a year racing unsuccessfully in Formula E, he’s now back in top line motorsport with Ferrari, which has supported his career for many years.

The 499P and AF Corse-run Ferrari WEC programme, along with its now-named six drivers, will make their debut at the 1000 Miles of Sebring on 18 March.