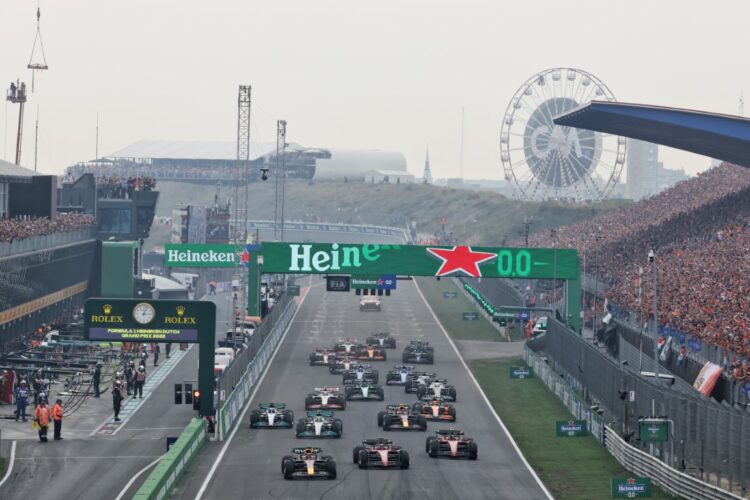 Formula 1 has extended its contract with organisers of the Dutch Grand Prix through 2025.

Formula 1’s popularity in the Netherlands has grown in recent years amid the rise of Max Verstappen.

Verstappen debuted in 2015 and a year later became the Netherlands’ first grand prix winner, since when he has been a front-runner, claiming back-to-back titles across 2021 and 2022.

Verstappen’s first title-winning campaign in 2021 coincided with the return of the Dutch Grand Prix at a partially reconfigured Zandvoort circuit.

Formula 1 agreed a deal in 2019 to return to Zandvoort in 2020, following an absence of over three decades, but its comeback was ultimately pushed back by a year due to the pandemic.

Verstappen, who claimed victory at Zandvoort in both 2021 and 2022, will be joined on the 2023 grid by compatriot Nyck de Vries.

De Vries made his debut with Williams at Monza and his performance, claiming ninth, convinced AlphaTauri to recruit him as a replacement for Alpine-bound Pierre Gasly.

Zandvoort has been held as the middle of a triple header in early September in both 2021 and 2022 but for 2023 it will shift a week earlier to become the first event after Formula 1’s summer break on August 27.