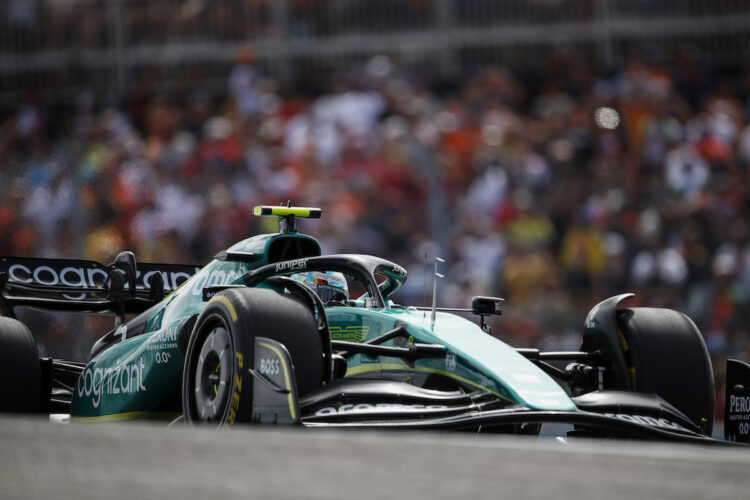 Formula 1 fans have decided on their favourite overtake of the 2022 season via an online poll.

Conducted by the official F1 account on Twitter, the winning overtake was awarded to Sebastian Vettel and his move on Kevin Magnussen on the final lap of the US Grand Prix.

Vettel battled back to eighth place after a slow pit stop to score points at his final race in the US ahead of his F1 retirement.

On the last lap of the race from Austin, Texas, Vettel caught up to Magnussen and pulled alongside the Haas driver on the entry to Turn 16.

Vettel held his position around the outside of Magnussen through Turns 16 to 18, which forms a long, high-speed right-hand corner.

Over 31,000 fans took part in the online poll, with 57 per cent of people voting for Vettel’s move.

The other 43 per cent opted for Lewis Hamilton’s double overtake for second place on Charles Leclerc and Sergio Perez at Silverstone.

Hamilton took advantage of the squabbling that was going on between his rivals to sweep through at the final corner.

Hamilton would eventually go on to finish the race in third place.