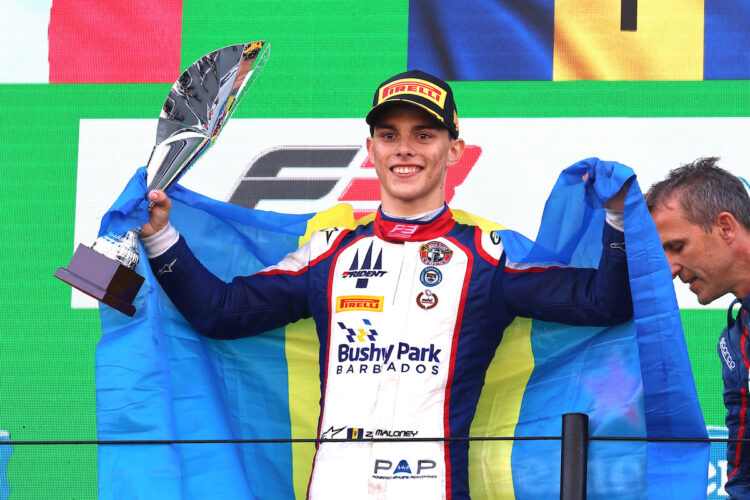 Zane Maloney has announced that he has joined the Red Bull junior team ahead of an expected full-season debut in the FIA Formula 2 Championship next year.

Maloney competed full-time in the FIA Formula 3 Championship in 2021, ending the year second in the standings with three race victories to his name.

The Barbadian driver made his F2 debut at the season-ending round in Abu Dhabi last month, competing for Trident.

As well as his position within Red Bull junior academy, the 19-year-old is also listed as one of Red Bull’s F1 reserve drivers for next year.

“I am thrilled to announce that I will be a part of the Red Bull Racing Junior Team and F1 Reserve Driver in 2023,” he wrote on Instagram.

“I am grateful for the opportunity and support, and look forward to getting the season started.”

Maloney is the third driver to be added to the programme for the 2023 season, alongside Enzo Fittipaldi and Enzo Tarnvanichkul.

Red Bull hasn’t officially confirmed its 2023 junior driver line-up, however it is expected that there will be further changes announced in the future.

Last year, Red Bull had five of its junior drivers race in F2, with another three competing in F3.

Maloney is now likely to be considered a front-runner for an F1 seat at AlphaTauri for 2024, but likely faces competition from fellow Red Bull juniors Fittipaldi, Liam Lawson, Ayumu Iwasa and Isack Hadjar.