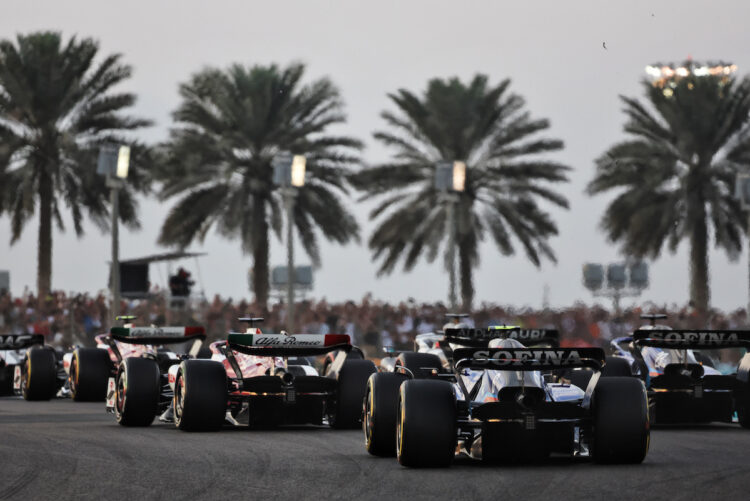 Formula 1 is hoping to introduce lighter and shorter cars for the 2026 season, when new power unit regulations will also be launched.

One of the most common complaints that drivers have raised over modern-day F1 cars is their weight, which has gradually increased over the last several years.

Speaking to The Race, the FIA’s head of single-seater technical matters Nikolas Tombazis asserted that it was seeking to lower the weight of the cars in 2026.

“It is realistic to make them a bit lighter,” Tombazis said. “Not a massive amount; we have to consider that the difference in weight since 2000, say 20 years ago or so, is about 200kg, which is a massive number.

“And out of those 200kg, about 100 comes from the power unit, so from the electrical parts, batteries, turbos and so on. That is a big weight increase.”

However, Tombazis asserted that F1 must remain relevant to the advancement of road technology, which poses a challenge to its goal of making the cars lighter.

“It is necessary to keep Formula 1 relevant to the directions of society. While a petrolhead would like a V10 and end of story, we know we have to go in the direction we’ve gone. So that counts for about half of the weight increase.

“About 50kg-odd are for safety. So halos, much stronger chassis, bigger protections and so on and so forth. So again, nobody would want to compromise that.

“Then there’s where the opportunity is, and there’s about 15-20kg because of more complex systems on the cars and there’s about 30-35kg on car dimensions. So cars being much longer and wider, bigger tyres and so on.

“And we believe in the car dimensions there lies an opportunity. We would want 2026 cars to be quite a lot shorter and probably maybe a bit narrower as well and all of that is going to contain the weight increase.

“On the other side, there is a battery increase because we are going more electrical which is adding a bit of weight. So the net effect I hope is going to be a bit lighter, but not a massive amount.”

F1 is on target to introduce a 100 per cent sustainable fuel alongside the new power units in 2026.