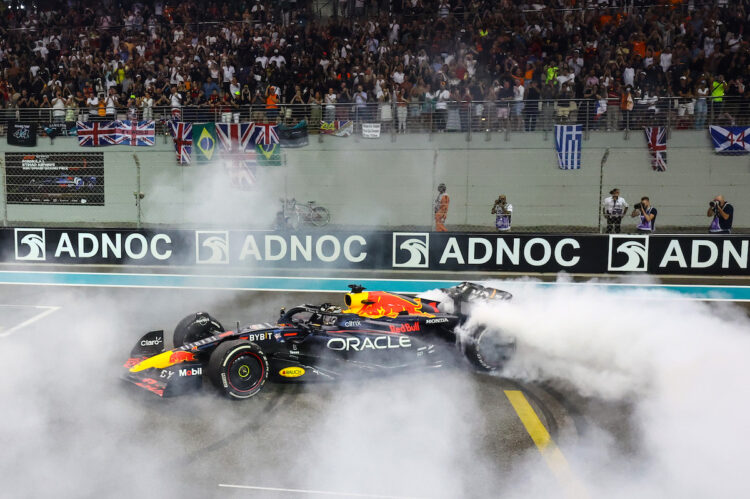 Ex-Formula 1 driver David Coulthard says that a person would have to be a “fucking idiot” to claim that Max Verstappen’s F1 success is down to his cars.

In 2022, Verstappen picked up his second F1 title after dominating the campaign, taking 15 wins across the year.

The run to the championship was much less stressful than his maiden title in 2021, when he battled until the final lap of the year against Mercedes’ Lewis Hamilton.

Coulthard, who spent his final two F1 seasons at Red Bull, says that he already considers Verstappen one of the all-time greats.

“Just as Lewis doesn’t need nine world titles for me to consider him one of the greatest drivers in the sport, Max is already one of the greats,” Coulthard told formule1.nl.

“You would also have to be a fucking idiot to claim that he only achieved this because he was in a good car.

“After all, none of his team-mates have been able to measure up to him. Max is a beast on the track, a winning machine who doesn’t give a shit about what we have to say or what anyone else has to say. He’s unbelievable.”

Verstappen is already sixth on the all-time F1 win list and sits just six victories behind the total tally of Ayrton Senna, who some believe to be the greatest driver of all time.

Coulthard says that there is no guarantee for Verstappen that he will find further success in his remaining F1 years.

“The Verstappen era may be over after two titles, not because he’s not a brilliant driver, but he may not have a title-winning car in the coming seasons. Nobody knows that in advance,” he said.

“Lewis could have been a nine-time instead of a seven-time F1 champion. At the same time, he has often been in a good car, and someone like [Fernando] Alonso has not.

“Alonso should have had more than two titles but his choices and the racing gods have put him in the position where he will drive for Aston Martin next year and the chances of him becoming champion are slim.”