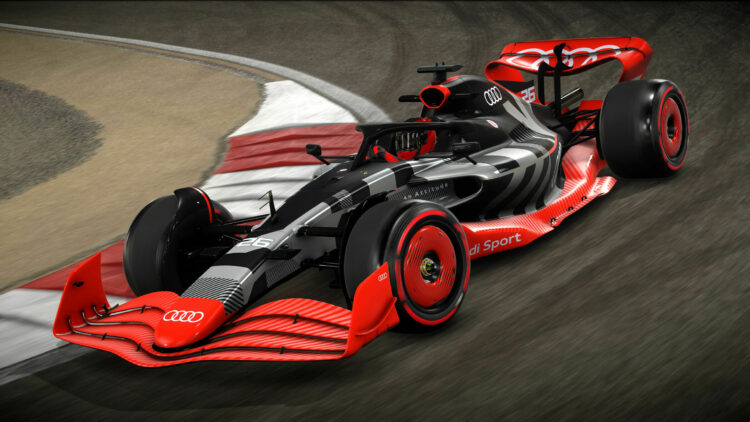 Audi’s Formula 1 launch livery can now be used by gamers in the championship’s official video game.

Audi confirmed in August that it will enter Formula 1 in 2026 as a power unit manufacturer and later announced a collaboration with Sauber Motorsport.

It revealed a show car with a special launch livery and that has now been digitally recreated by EA Sports and Codemasters for the current F1 22 game.

Audi’s show car is part of the Podium Pass Series 4 VIP tier package which is available from today (Wednesday).

“It’s not a given to be a part of the official simulation of Formula 1 three years before our first race,” said Henrik Wenders, Head of Brand Audi.

“Our show car has caused quite a stir from the very first moment with its striking design and the colour scheme that is typical of Audi in motorsport.

“Everywhere it has been in action, the reactions have been extremely positive. I’m convinced that our show car will also win many fans in the virtual world.”