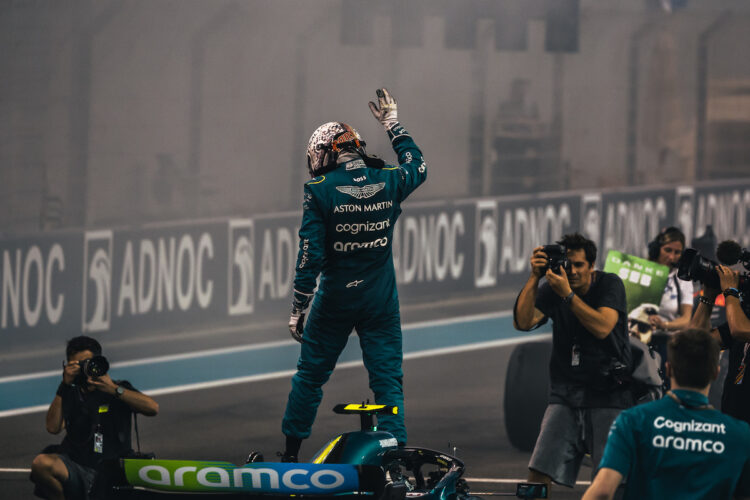 Sebastian Vettel says that he felt a “big weight” off his shoulders when he announced his retirement from Formula 1.

Earlier this year, the four-time World Champion announced that he would depart the sport at the end of the 2022 season.

Vettel received an emotional farewell in Abu Dhabi last month, with the weekend full of commemorations to the German driver.

“What I love so much – initially I didn’t get it because you’re young, but I think the opportunity to work with so many people that are very passionate about what they do,” Vettel said, reflecting on his career.

“I thought 10 years ago, ‘That’s normal, it’s how everybody lives their lives’. But then I found out it’s not normal and a lot of people don’t have that privilege.

“You have so much motivation from the inside of you coming out and to meet so many skilled men and women along the way and have fun. There’s so much that I took from these years.

“I’m not sure what’s next for me, but I’m very excited about it.

Vettel’s most successful years in F1 came in the early 2010s with Red Bull, when he won four consecutive world titles.

In recent years, he has been competing in the midfield – but although he denies he has fallen out of love with F1, he admits that it was a relief to publicly share the news that he would walk away at the end of 2022.

“It’s not that I hate Formula 1, I enjoyed the last couple of races, and after the announcement it was a big weight off my shoulders because this sport has been in my head a long time and I’m very much looking forward to giving my children the time that I had when I was that age.

“My parents made so much time for me and I want to be there as well.”