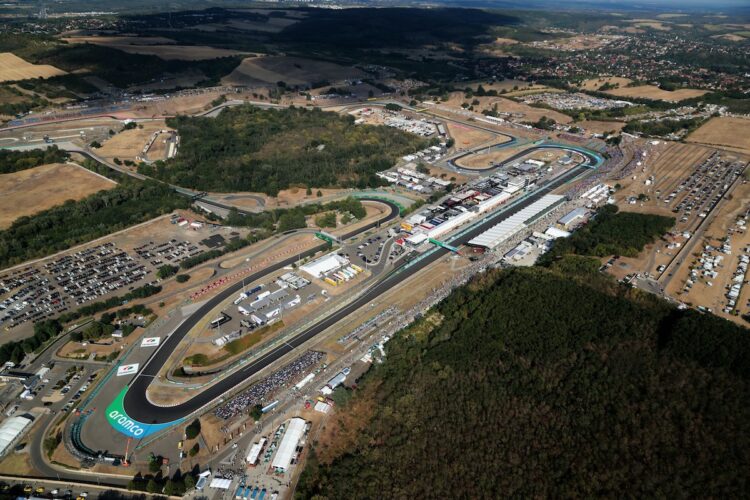 The Hungaroring, home of the Hungarian Grand Prix, has announced plans to renovate the facility ahead of the 2023 Formula 1 race weekend.

The circuit confirmed on Tuesday that next year’s tickets for race day have sold out in record time.

In addition, it declared that the track will undergo a renovation, with the first step being to upgrade the utilities, while a new entrance, headquarter and customer area will be built.

The utilities it plans to upgrade include drinking water, firewater, wastewater network and electricity networks.

The entrance to the track will be renewed, while a new cafe will be constructed, which will also house the Hungaroring Shop.

Zsolt Gyulay, CEO of Hungaroring Sport Zrt., said: “I took over the management of Hungaroring in 2010, and we have been waiting for this moment practically since then.

“Of course, we did not rest on our laurels in the past period either: our track has undergone a number of renovations, we have worked continuously to meet the new safety requirements, we have built a debris fence, we have maintained the grandstands and in 2016 we resurfaced the entire track line, or more precisely, we replaced the top, so-called wearing course.”

The Hungaroring has been present on the F1 schedule since 1986, and its year-by-year presence on the calendar is only bested by Monza.

With F1’s popularity rocketing and fresh, state-of-the-art facilities being constructed at tracks around the world, Gyulay says that the Hungaroring understands its current infrastructure was in need of upgrades.

“Looking at the happenings in Formula 1 and the new tracks that are coming in, this [previous work] could not be enough, and it really is the last moment to start work,” he said.

“We can see that among the many “one-size-fits-all” tracks there is an increasing value for traditional venues like the Hungarian one, and the proximity of Budapest will always be an incredible attraction for the Hungaroring.

“Yet, we should not overlook that the infrastructure of the new circuits grants a much higher level of service than ours.

“Thanks to the strategic development programme, we will be able to compete with them in reasonable time, which will allow us to keep the Formula 1 series here and thus draw attention to our country and our beautiful capital year after year.”