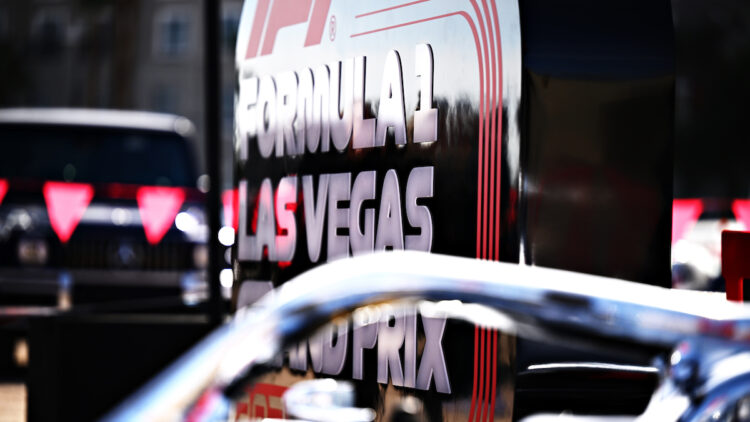 2009 Formula 1 World Champion Jenson Button says that he expects the inaugural Las Vegas Grand Prix in 2023 to be a “bonkers” event.

Formula 1 will race in Las Vegas for the first time in over 40 years next season, with a temporary track being built around the famous streets.

The round is scheduled to be held on November 18, forming the second-to-last round of the 2023 calendar.

It will be the third race to be held in the United States next year after trips to Miami and Austin.

While Button says that he loves old-school circuits, he says that Las Vegas is set to provide fans with a “perfect show” throughout the race weekend.

“I think a lot of people are incredibly excited about seeing Formula 1 in Sin City, myself included,” said the Williams F1 ambassador.

“For starters, I can drive to it! It’s kind of my local grand prix, so it’s perfect. It’s going to bring something different to the calendar.

“I love the old-school tracks – Spa, Monaco, Suzuka and so on – but a place like Vegas brings something very different to the sport and the race weekend.

“The atmosphere will be electric. Las Vegas is such a cool place, and then to bring F1 into the equation, it will be the perfect show! We all know that there are a lot of great shows in Vegas, but this one will top the billing.”

Button added that he was heavily impressed by the interest displayed by fans at a launch event that took place last month.

“I’m looking forward to seeing the cars hit the Las Vegas streets in anger after seeing the excitement around the launch event,” he said.

“To see so many people turn out to watch even though we are a year away from the actual race shows the appetite for the event there and proved a great warm-up.

“I got to spend some time on our [Williams] stand and there was so much interest from people who have been fans of the sport for decades, but also from the younger crowd that have got into the sport through a certain show.

“There was a really good atmosphere there – a lot of interest and a lot of excitement. It’s going to be bonkers how busy the Las Vegas Grand Prix will be, but it’s certainly going to be spectacular.”