Ricciardo offers advice to Piastri ahead of F1 debut 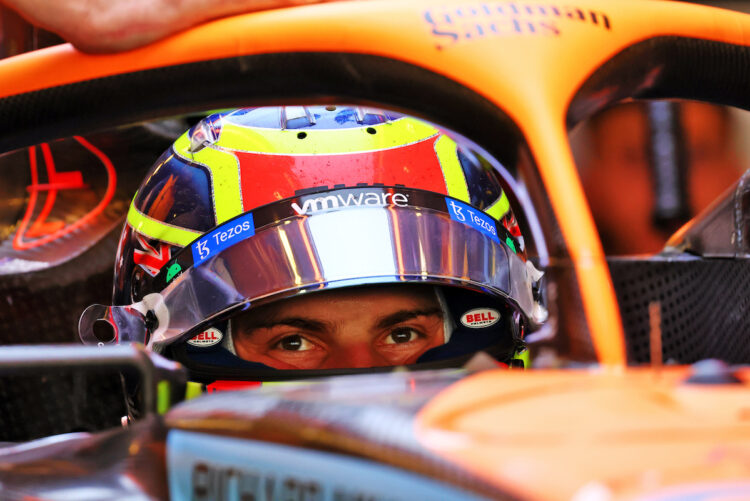 Following his departure from the McLaren Formula 1 team, Daniel Ricciardo has offered advice to compatriot Oscar Piastri, who is taking over his seat.

Piastri made his McLaren debut at the post-season test from Abu Dhabi last month.

The Australian will partner Lando Norris at the team in 2023, having been subject to a contract dispute with Alpine earlier this year.

His impressive junior career, alongside the tussle between Alpine and McLaren to acquire his services, has placed added weight on his shoulders ahead of his maiden F1 season.

Speaking on the Beyond the Grid podcast, Ricciardo offered advice to the 21-year-old.

“Don’t set the bar too high for yourself. If you end up doing better than maybe what you thought, awesome, but just take it race by race.

“As long as you’re learning and you feel you’re improving every race, then I think that’s all you can kind of ask for yourself.”

Ricciardo’s exit from McLaren comes after a handful of difficult years on the grid in which he struggled for performance.

Ricciardo was often out-paced by former team-mate Norris throughout their two years together as he struggled to come to grips with McLaren’s cars.

However, he believes that the problems that he endured will offer a head start to McLaren and Piastri in avoiding a similar issue.

“I think also, even if we didn’t quite get it right from my side with McLaren, I think they still would have learned a bunch from our two years, and maybe things where we deviated or went a little wrong or sideways.

”So I think all that knowledge can be passed on to Oscar. I would like to think they would kind of have a little bit of a head start from that point of view.”