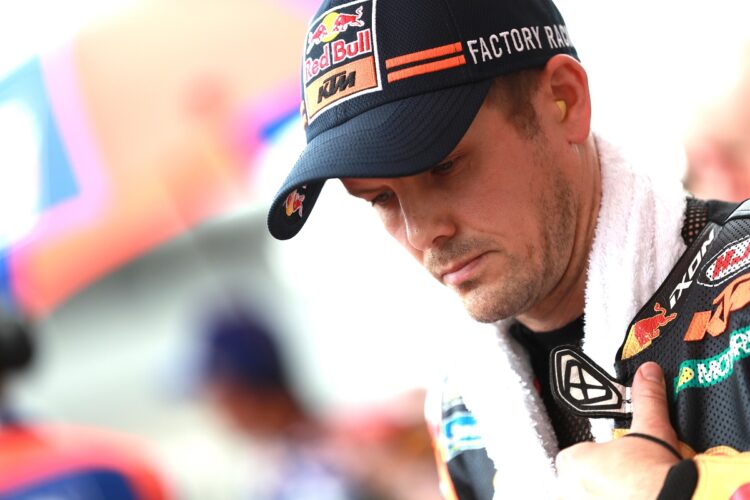 The Finnish rider has acted as KTM’s test and development rider since the marque joined the MotoGP ranks back in 2016, the ex-Pramac Ducati premier class pilot also taking part in a total of 14 races on an RC16 as part of his role – including the final six events of 2019 after Johann Zarco elected to leave KTM prior to the end of his contract – with a pair of tenth places as his best results.

The now 40 year-old Kallio’s active track duty has been slowly reduced over the past couple of seasons though, with his last race outing coming in the 2020 season finale at Portimao, while his testing programme has been significantly reduced in favour of KTM’s other test rider Dani Pedrosa as well as Jonas Folger as he focuses more on a rider coaching gig with the operation.

With Folger having recently completed a three-day test on the KTM at Jerez, Trunkenpolz admitted to Austrian publication Speedweek that KTM are exploring options of a permanent replacement for Kallio, with Folger as well as current Honda tester Stefan Bradl as the likely main options.

“We currently have no specific considerations on this subject,” explained Trunkenpolz

“It’s not that easy to find really good MotoGP test riders. You can only take a former MotoGP rider, all others are not meaningful. We must openly admit that we need to take action here.

“We’ve got that in mind, but haven’t found a real solution yet. We have to make sure that we find a younger test driver instead of (Mika) Kallio.

“We have great test drivers in (Dani) Pedrosa and Kallio, but they are getting on in years.”