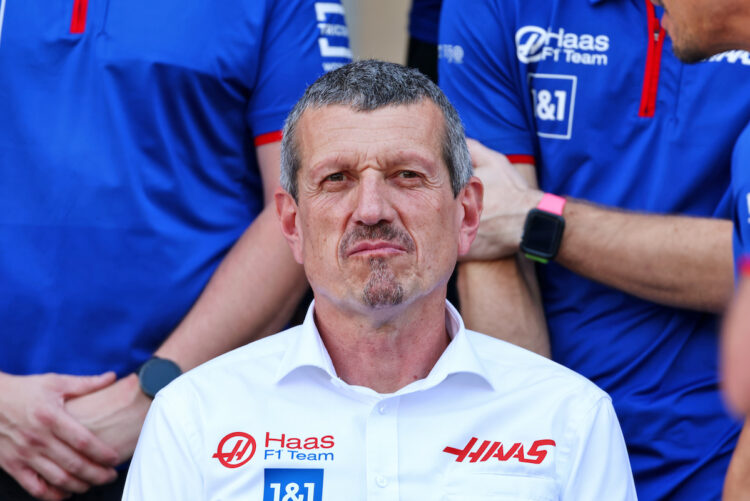 Haas Formula 1 Team Principal Guenther Steiner will release a book next year, detailing how he operated the 2022 season.

Steiner has headed Haas’ F1 operation since it formed on the grid in 2016.

The Italian’s popularity was boosted massively by the launch of Netflix’s ‘Drive to Survive’ docu-series, in which Steiner features prominently.

The 2022 season that the book is focused around saw Haas improve from its back-of-the-grid woes in 2021.

It then re-signed Kevin Magnussen, who scored a fifth-place finish at the season-opening race in Bahrain.

Magnussen would later score the team’s first-ever pole position at the Brazilian Grand Prix towards the end of the year.

Steiner spent much of the campaign pondering its 2023 line-up, eventually opting to drop Mick Schumacher for Nico Hulkenberg.

The book will be published by Transworld and is set to give the reader an “unobstructed view of what really takes place behind the scenes”.

“I don’t think I could have picked a more active year than this one in terms of documenting some of the many things a team principal has to go through in Formula 1,” said Steiner.

“I’ve never looked at keeping a diary before and while I like to look forward, it’s been fun to look back over this year proofing this book again and reflecting on the many highs and lows we’ve encountered at Haas F1 Team.

“Ultimately the highs stand out more, from Kevin Magnussen’s points-scoring return in Bahrain to Mick Schumacher’s first points at Silverstone, through to the team’s first ever pole position in Brazil and our eighth place finish in the constructors’ championship – it’s been quite the season.

“It’s the hard work of everyone on our team that has returned us to the fight in Formula 1 and I can’t thank everyone who’s a part of Haas F1 Team enough for their efforts and dedication.

“I hope people enjoy this insight into our 2022 season and hopefully they’ll come along for the ride in 2023 when we look to build on this year’s successes.”