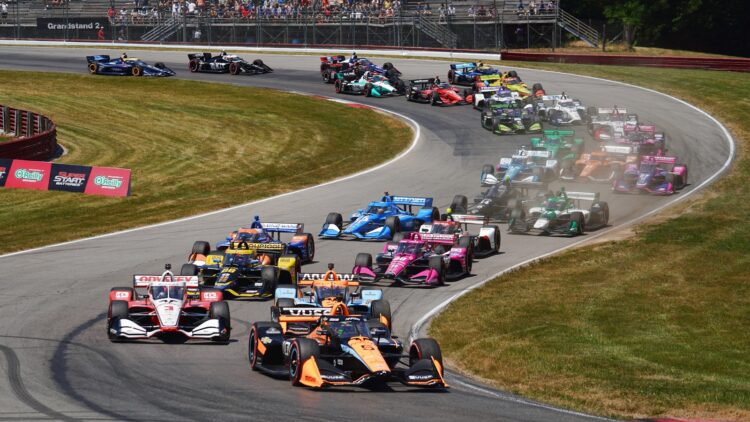 Which driver stood apart from the rest throughout the 2022 season?

The 2022 NTT IndyCar Series season saw nine different drivers earn wins as they battled towards a championship-deciding finale.  There were exceptional performances up and down the grid, with many athletes showing impressive skill behind the wheel.

MotorsportWeek.com examines the 10 drivers who were at the top of their game in an ultra-competitive season.

Alexander Rossi fought through another tough season with Andretti Autosport and proved that he is still one of the best drivers on the grid.  Even though the team served him with a poor-performing car on the season’s short ovals, and relationships with his team-mates became heated, Rossi was able focus enough to earn his first win in over three seasons at the Indianapolis road course.

That win came after he had already decided to leave Andretti, however, and served as a swansong victory for the team he has been paired with since entering IndyCar seven years ago.  Next year he will be a part of Arrow McLaren SP, which has been on the rise and is ready to fight for championships against the biggest names in the sport.

The reigning series champion Alex Palou brought a wealth of talent with him into the new season, but initially failed to live up to his expectations.  As other drivers took turns winning races, Palou was forced to settle for podium finishes for much of the season.  A public contract dispute of his own making halfway through the year could not break his focus, and he continued to rack up top-10 finishes for a majority of the season’s 17 events.

As the dispute was nearing its conclusion, Palou finally won his first race of the year at the season finale in convincing fashion.  The victory was a welcome finish to the campaign, but only resulted in him finishing in a relatively disappointing fifth in the overall standings.  It’s hard not to feel the young Spanish driver could have shone brighter if he had been able to fully focus on driving each weekend.

Christian Lundgaard stated before the season started that he was more interested in fighting for the overall championship than earning the Rookie of the Year award.  Although he was never placed at the head of the standings, the young Dane stood out as one of the most consistent drivers on the grid.  He also regularly finished ahead of his more experienced team-mate Jack Harvey, impressing the bosses at his Rahal Letterman Lanigan Racing team.

Lundgaard earned seven top-10 finishes, and demonstrated a mastery of the Firestone tires that have a brutally narrow operating window.  He earned his first podium, and nearly took victory, in a race late in the season, and began to feel more and more comfortable as the year went on.  He earned himself a lengthy contract extension for his performances, and looks to be on his way to earning his first win sooner rather than later.

Marcus Ericsson started the 2022 season strong, continuing the form he showed late in the season the year before.  When the Indianapolis 500 came around in late May, the Swede put in a race-winning performance that ensured his name would be etched into the record books.  The high from that victory still has yet to wear off, and has even taken him on a celebration tour to his Nordic hometown.

Ericsson’s performance slipped a bit as the second half of the season progressed, and he eventually lost the points lead to some of his veteran competitors when he failed to follow up his victory with any further wins.  Holding his own among his talented Chip Ganassi Racing team-mates, the 32-year-old proved that he has the talent to fight near the front of the field at almost any given weekend.

Colton Herta is another driver on this list that showed an impressive amount of natural talent during the season, but still failed to display his full potential at some events.  His lack of consistency simply didn’t allow him to finish higher in the standings than 10th.  The 22-year-old became the IndyCar driver closest to securing a Formula 1 drive, but in the end a lack of flexibility in the Super License rules meant that he will not be showing his talents on the world stage next year.

Herta’s signature performance of the 2022 season was during wet conditions around the Indianapolis road course.  The young driver mastered the exceedingly slick track, and was able to take victory in arguably the toughest race of the year.  A couple unforced errors in other races throughout the season prevented him from truly contesting for the title.  He did earn a five-year extension at Andretti Autosport, however, ensuring he has ample time to put together a championship run in the future.

McLaren’s young star Pato O’Ward once again showed his skills throughout the season, earning two wins and a second pair of podium finishes to go along with them.  His aggressive driving style continued to serve him well, and allowed him to make thrilling passes at almost every event.  He also earned himself an extension with McLaren, ensuring that he’d continue to be in conversations about a move into a coveted F1 seat.

Overall, there were too many disappointing results for the Mexican driver to truly compete at the head of the standings.  Some of O’Ward’s poor results were the consequence of mechanical troubles, but others could have been improved with a bit more patience behind the wheel.  Regardless, he consistently instilled more a bit of worry in any driver that saw the papaya #5 in their mirrors.

In the first portion of the season, it seemed that the veteran Scott Dixon may be losing a bit of the magic that earned him the affectionate title of The Iceman.  But as he has done multiple times in his 20-year career, Dixon started pulling out impressive wins and immediately put himself back in championship conversations.  Calling on his experience, he was completely unfazed by the short streak of bad luck.

The biggest test he faced during the season was recovering from a mistake late in the Indianapolis 500.  An uncharacteristic speeding penalty entering the pits cost him his best shot to win the famous race since he successfully completed the task in 2008, and resulted in a disappointingly large number of lost points.  The very next weekend, however, he was back on the podium and had already put the mistake in his rear-view mirror.

Sophomore driver Scott McLaughlin started the season with a bang, logging his first victory at the opening round from St. Petersburg, and only narrowly missing out on a second consecutive victory at Texas Motor Speedway.  After running his first open wheel races just the year before, the Kiwi showed impressive mastery of the narrow operating windows the discipline demands.  More often than not throughout the year, he was in the hunt for another race win.

By time the season wrapped up, McLaughlin had earned three victories and had made it clear he belonged in his seat at the illustrious Team Penske.  He also showed more than ever that he is a fierce competitor that will give his all on the track every single weekend.  Anything less than winning is a loss for the 29-year-old, but fortunately for him there appears no reason he won’t continue to rack up wins in 2023.

Josef Newgarden was a force to be reckoned with the entire 2022 season.  Starting out with two wins in the first three races, the talented veteran went on to win five races before the year was over, well ahead of any other.  At nearly every track, Newgarden was quick from the first practice session, and his Team Penske crew provided him with the advantage he needed week in and week out.

A couple finishes near the back of the pack, including one at Iowa caused by a suspension failure near the end of the race, were the only reasons he was not able to run away with the title.  Even with more victories than any of his previous seasons, Newgarden came up just short and finished second in the championship for the third consecutive season.  Continually aggressive yet fair in his driving, the 31-year-old continues to be at the top of his game.

Among all the talented drivers that compete in the IndyCar Series, it was Will Power that stood alone at the head of the field this past season.  Rather than impressive numbers in the win column, it was Power’s consistency that earned him his second Astor Cup.  He only logged a single victory in Detroit, but ended the year with an incredibly impressive 12 top-5 finishes, with each contributing to his unbeatable points total.

Power also earned five poles throughout the season, vaulting over the legendary Mario Andretti to become the most prolific polesitter in IndyCar history.  He was one of only two drivers that completed every single lap contested in the 2022 season, further demonstrating just how consistent the Australian driver was.  Much of his success stemmed from a newfound calmness that was present from the very start of the season, which allowed him to suppress his impulsive emotions and clinch the second championship of his 17 year career. 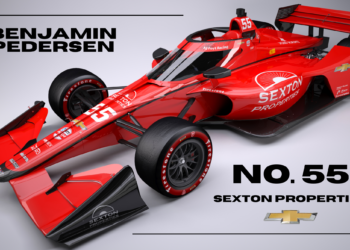 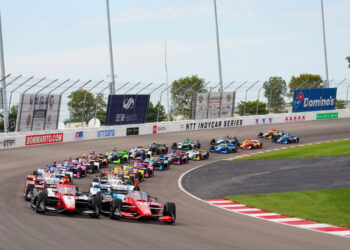 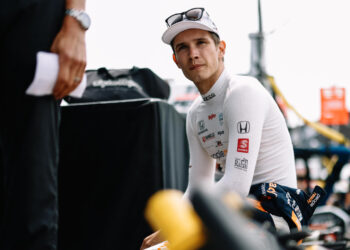 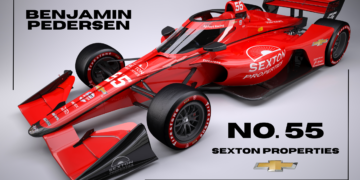 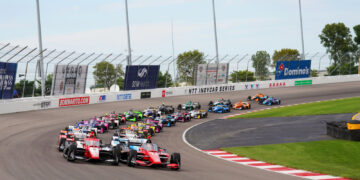