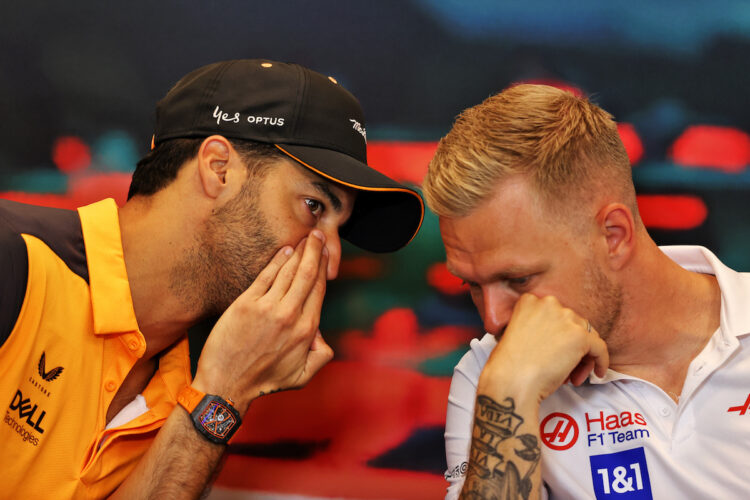 Haas Team Principal Guenther Steiner admits that he reached out to Daniel Ricciardo over a potential 2023 Formula 1 race seat.

In August, Ricciardo announced that he would depart the McLaren F1 team at the end of 2022, following two seasons of disappointing performances.

Haas only confirmed its line-up for next year at the season-ending Abu Dhabi Grand Prix, with Nico Hulkenberg signed in place of Mick Schumacher.

Ricciardo has opted to return to Red Bull in 2023, carrying out duties in a third driver role.

Having been briefly linked to Haas earlier this year before asserting he wouldn’t join it in a full-time role, Steiner confirmed that he made casual contact with the Australian.

“At the beginning I reached out – actually before the McLaren thing happened, I reached out to see what he was doing next year,” Steiner said. “But then we didn’t go anywhere.”

When facing a choice over its line-up for 2022, Steiner admits that Haas called into question Ricciardo’s form at McLaren over the last two years.

Despite showing strong performances prior to the 2021 campaign, he struggled to keep up with team-mate Lando Norris, who scored a bulk of McLaren’s points.

“Daniel this year, obviously, didn’t do well, otherwise he would still be at McLaren next year,” Steiner said. “So we would have had to consider that one as well.

“We would have known that at the moment he is not at the height of his career, but I still don’t get it because he is a very good driver and won races with Red Bull where he was very good and this year it just didn’t come together.

“If you take someone like this then you again take the risk of can you bring him back or not.”