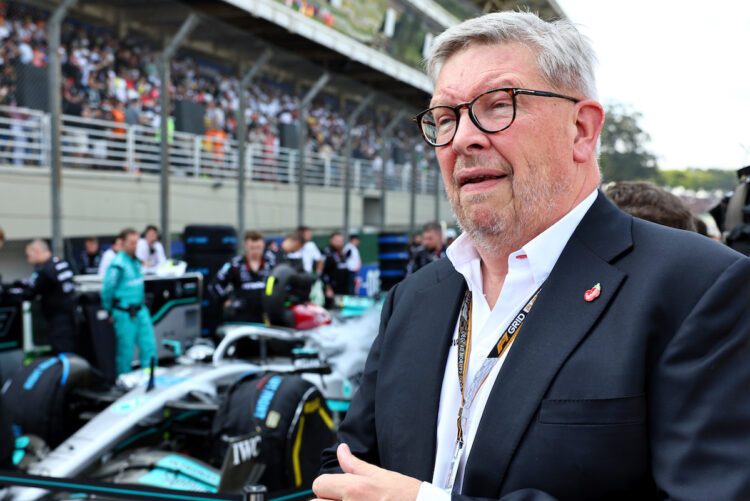 Ross Brawn has confirmed that he is calling time on his Formula 1 career following his departure from Liberty Media.

Brawn, who has worked in F1 for several decades, most recently held the role of the sport’s Managing Director.

Prior to his position within the F1 organisation, the Briton worked for several teams, including Ferrari during its dominant stretch in the early 2000s with Michael Schumacher.

Brawn famously formed his own team in 2009 after Honda dropped out of the sport, and spectacularly won the championship with Jenson Button.

A recent report linked him to a Team Principal role at Ferrari – however writing in a column for Formula1.com, Brawn confirmed that he is stepping away from F1.

“I’ve loved everything I’ve done in the last few years,” Brawn said. “I’d moved away from wanting to be part of a team – I decided I’d done enough of that!

“And this was the only thing that could have possibly appealed. I’ve been very fortunate to have been given the opportunity by Liberty and it was a labour of love. Now is the right time for me to retire.”

Since Liberty Media’s takeover of F1 in 2017, the sport has seen a huge popularity boost, leaving Brawn content with the work that he has done during his final years in the category.

“We have done the bulk of the work, and we are in a consolidation period now,” he said.

“There’s a new car coming in 2026, but that’s four years away, quite distant for me, so it’s better the next group of people take on that mantle. I believe I’m leaving F1 in a great place.

“I’ve loved almost every minute of my 46-year career and I’ve been fortunate to have worked with many great teams, great drivers and great people.

“I will now watch F1 from my sofa, cheering and cursing as an F1 fan, pleased that the sport is in a fantastic place and has such a fantastic future.”