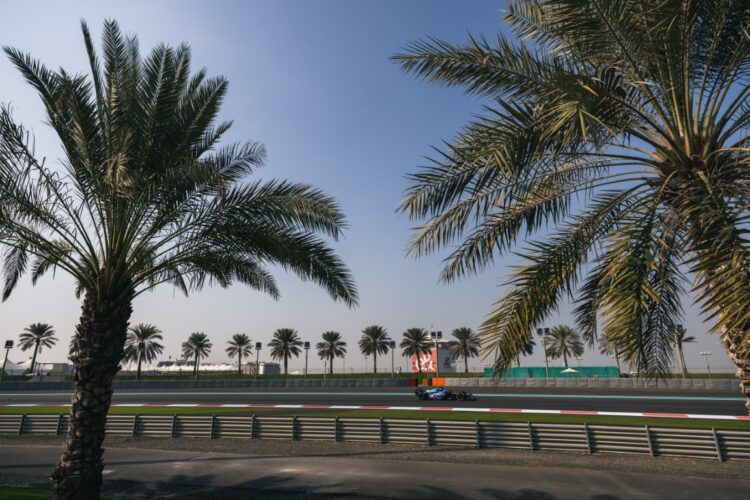 Formula 1 tyre supplier Pirelli has outlined a 12-day six-session off-season test schedule in order to work on its wet tyres and begin development of its 2024 product.

Pirelli has faced criticism in particular of its full wet tyres in recent seasons, with drivers reluctant to use them, and opting to use Intermediates where possible.

The company has now finalised its off-season testing programme with several teams involved across early-mid December and early February.

Alfa Romeo will participate in a wet test at Paul Ricard on December 3/4 while Ferrari will be in action in similar conditions at Fiorano on December 6/7.

A further wet tyre test will take place at Paul Ricard with AlphaTauri on February 3/4.

Planned dry sessions will involve AlphaTauri at Portimao on December 14/15, Mercedes at Paul Ricard on February 1/2, while Mercedes will be joined by Aston Martin at Jerez on February 7/8.

“We know that we have to improve especially the wet tyres in terms of warm-up and performance,” said Pirelli chief Mario Isola.

“It is good to have some wet conditions in cold conditions as one target is to remove the blanket from the wet tyres in 2023 – I hope the conditions are not too cold as maybe in Fiorano in December we find the snow!”

The dry-weather sessions will five Pirelli the opportunity to “start the development of the 2024 construction, with the target to ban blanket on slick tyres.”

Isola explained the reasoning behind only certain teams testing and assured that no one outfit will gain an unfair advantage.

“When we have an opportunity – and we are finalising the test calendar also for 2023 – we send an invitation to the teams to attend the test, then it is up to them whether they attend or not,” he said.

“They cannot use the tests in February to develop the 2023 car, the FIA is sending an observer to each test to check parts and that the configuration of the car has been used at any of the 2022 races so they cannot develop new parts, wings, floors, or something like that.”