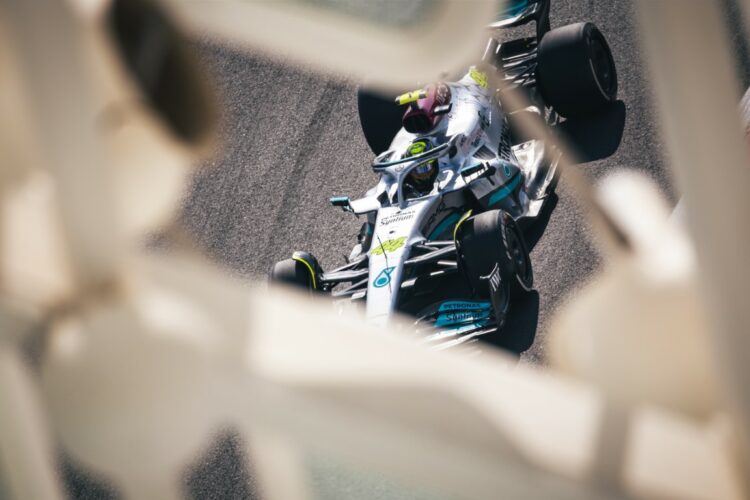 Mercedes says that the accuracy of its “table of doom” at recent grands prix gives it hope that it has now understood its weaknesses across the 2022 season.

Mercedes struggled for performance from its W13 in 2022 as it relinquished its world title to Red Bull Racing.

Having started the year with chronic porpoising it largely improved across the second half of the campaign.

Mercedes claimed back-to-back runner-up positions in Austin and Mexico City, before going on to claim Sprint victory and a 1-2 finish in São Paulo.

Yet it regressed in Abu Dhabi and was a firm third-fastest, behind Red Bull and Ferrari, as George Russell claimed fifth while Lewis Hamilton retired.

“This is something that we have constructed internally that allows us to somewhat predict where our car will be relative to certainly the fastest cars track on track and it worked fairly well.

“It’s something that actually had fairly good correlation across the season and it did say that in for example Mexico and Brazil we would be significantly more competitive than we were going to be in Abu Dhabi.

“It’s a function of the properties that make our car both strong and weak and that transpired to be true and as perhaps negative as it comes across that’s a very good thing.

“It means that the properties of our car that we understand we actually have a good grasp on them sufficiently so that they actually look to be real in real life and then the reasons behind it look to be correlated.”

Mercedes finished third in the Constructors’ Championship, 39 points behind Ferrari.