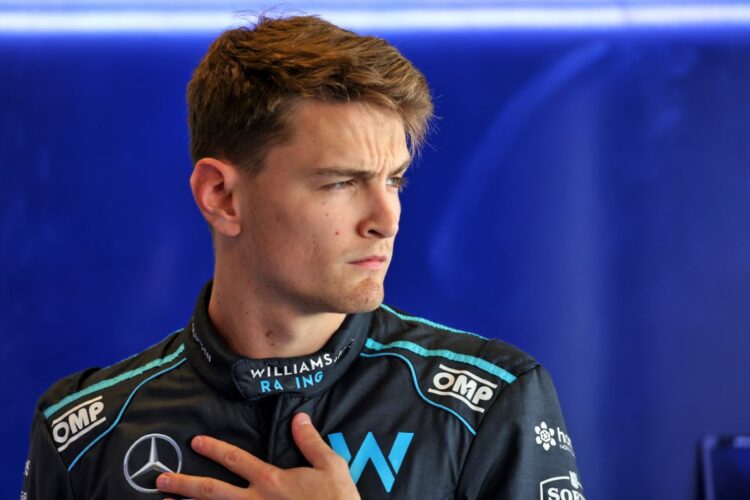 Williams Team Principal Jost Capito believes Logan Sargeant has a “great future” ahead in Formula 1 but that he must be given space to grow in 2023.

Sargeant will step up to Formula 1 with Williams next year after finishing fourth in this season’s Formula 2 championship, as its top rookie.

He will be one of three rookies on the grid, alongside 2019 F2 champion Nyck de Vries and 2021 F2 champion Oscar Piastri, and F1’s first American since 2015.

“We have seen his progress and we came to the conclusion in the middle of the season that if he gets the Super Licence points then it is the right step for him to get into F1 as soon as possible,” said Capito.

“Logan will bring youth to the team – he is of course not experienced, and I’m sure he has a steep learning curve.

“We have to keep the expectations for Logan for next year close because F1 is so complicated compared to all other series, and we have to give him the chance to develop, to do mistakes, nevertheless I’m absolutely convinced he will be very fast.

“He developed a lot in the 2022 season. Our academy team did a great job as well, he did not just develop his driving, he developed his training, his media skills and overall he is now a complete driver that is ready to go to F1 and is ready to take the next step, improve, and I’m sure he will have a great future.”

Sargeant will team up with Alexander Albon, who is entering his second season with Williams and fourth overall, and Capito believes the pair will complement each other.

“Alex and Logan as team-mates, I’m sure that Logan has to learn a lot and Alex will help him to learn,” he said.

“I hope during the season both will become very competitive so that Logan can at least challenge Alex in qualifying, for racing it will take a bit longer, but it would be great to at the end of the season have both drivers close in terms of competitiveness.”