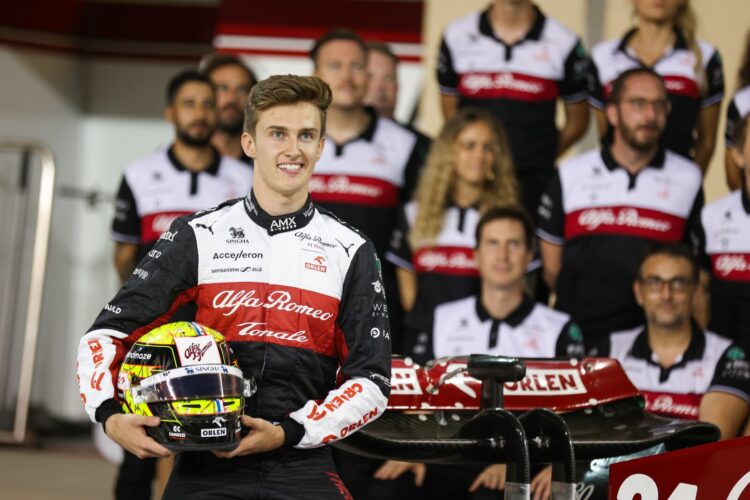 The Frenchman has been a long-term protégé of Sauber Motorsport, which runs Alfa Romeo in Formula 1, and will act as its reserve driver in 2023.

Pourchaire, who was runner-up in Formula 3 to new McLaren racer Oscar Piastri in 2020, has spent the last two seasons competing with ART Grand Prix in Formula 2.

Pourchaire tested Alfa Romeo’s C42 in Abu Dhabi on Tuesday, having previously made his FP1 debut in Austin, and has stayed out to carry out post-season Formula 2 testing with ART.

“I will still focus myself on single-seaters, my dream is to access Formula 1,” Pourchaire said.

Pourchaire will move to Switzerland in the coming weeks to base himself close to Alfa Romeo’s facility, in Hinwil, and is set for an extensive simulator programme through 2023.

Pourchaire’s 2022 season featured three victories in Formula 2 though his title bid was derailed by mistakes, reliability issues and setbacks elsewhere.

“It has been pretty good when you look at the positives, because finishing vice champion, there’s only one driver above you,” he said.

“It could have been better, could have been worse, I had a lot of bad luck, unfortunately it’s like this, I accept it, it’s motorsport, but at the end being vice champion is good, I won some races.

“Let’s see in the future what I will do, but I will for sure work hard, improve myself, and give my best in whatever category I will race.”