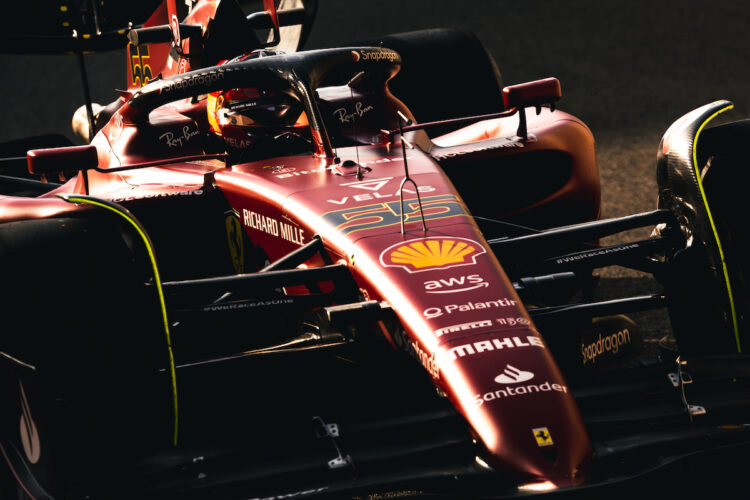 Carlos Sainz concluded the post-season test from the Yas Marina Circuit on top of the timesheets, with Ferrari occupying the top three positions.

Each team fielded two cars during the session, with one dedicated to a rookie while the other carried out testing for Pirelli.

Sainz took over from team-mate Charles Leclerc in the afternoon, with Leclerc holding the fastest lap time in the opening half of the day.

Leclerc’s best effort stayed as the second fastest time, while Robert Shwartzman, who took part in the Young Driver Test for the Maranello-based squad, was third fastest.

There were no red flag interruptions in the afternoon, following three in the morning.

They were caused by Oscar Piastri and Nico Hulkenberg, who stopped on the track with technical issues, while the third was issued for debris on the track.

Piastri had his first outing for McLaren, as did Hulkenberg with Haas, while other full-time F1 2023 drivers made their debuts with their new teams.

Pierre Gasly was behind the wheel of the Alpine, Nyck de Vries drove for AlphaTauri, while rookie Logan Sargeant took part in the day of running with Williams.

De Vries had the busiest day of all drivers, setting 151 laps during the nine-hour session.

Gasly was fourth fastest for Alpine, ahead of reigning World Champion Max Verstappen.

The test marked the last official on-track action for the 2022 F1 season.