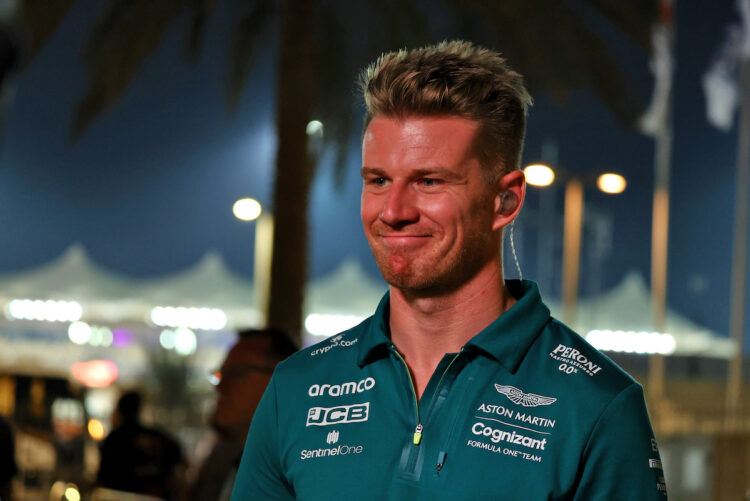 Nico Hulkenberg asserts that he has “broken the ice” with his 2023 Formula 1 team Kevin Magnussen following their famous on-track incident several years ago.

Hulkenberg will partner Magnussen at Haas next year, with the US-owned F1 team opting to sign the veteran in place of Mick Schumacher.

At the 2017 Hungarian Grand Prix, the two went side-by-side through Turn 2, with Magnussen pushing Hulkenberg off the circuit.

Hulkenberg, who raced for Renault at the time, confronted Magnussen in the media pen and labelled him as the “most unsporting driver on the grid”.

Magnussen responded by telling Hulkenberg to “suck my balls”, with the incident mentioned numerous times since Hulkenberg’s announcement at Haas.

However, Hulkenberg says that following an exchange between the two earlier this year, there is no tension between them.

“I expect to have a good relationship,” Hulkenberg said. “We’ve cleared that incident, we’ve broken the ice at the beginning of this year actually.

“I said hello to him with the exact same words from 2017 and he felt that was quite funny and amusing.

“I have absolutely no worries working and racing alongside him. We’re both grown-up adults, we respect each other. We’ll race for the team. No problems whatsoever.”

Magnussen also returned to F1 this year following a stint on the sidelines, and hailed how positively the season away benefitted his mentality.

Hulkenberg concurred with Magnussen’s comment, asserting that F1 form is largely based on a driver’s mental outlook.

“Obviously, before [his break] you approach it professionally, you always fight hard and do what you can. But I think, this sport, a lot is up in here [in the mind].

“You got to be happy, fresh and in a good mindset. That’s what also gives you the confidence and everything around it.

“If you get into a cycle where you don’t have that, then it gets tough. Then uncomfortable questions come, then performance is a vicious and negative circle. If you break away from it and become fresh, it feels good and healthy.”