Verstappen: 2022 F1 success will be ‘hard to replicate’ next year 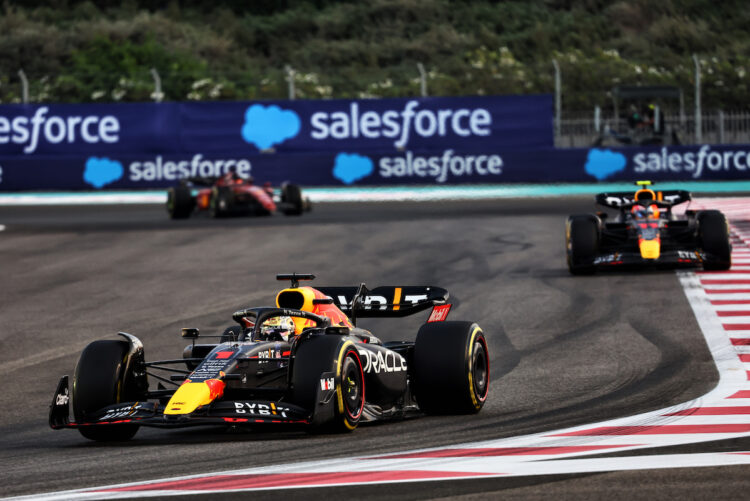 Max Verstappen says that Red Bull faces a tall task if it wishes to carry its on-track form in 2022 over to next year.

Verstappen started the race on the Medium compound, as did most of the grid, however there were varying one and two-stop strategies throughout.

After switching to the Hard compound, Verstappen says that he was forced into tyre management mode to make it to the end of the race.

“It was a good race,” he said, shortly after stepping out of the car. “It was all about tyre management.

“I think we looked after the Mediums quite well and then on the Hard tyres, I was literally managing from lap one to the end. Incredible year to win again here, 15th win is unbelievable.”

Red Bull has been dominant throughout the year, taking all but five wins across the 22-race calendar.

It secured its first Constructors’ Championship since 2013 a handful of events ago, while Verstappen comfortably secured his second Drivers’ title with several rounds to spare.

Looking ahead to the 2023 campaign, which will be Verstappen’s eighth with the Red Bull squad, he states that it will be difficult to replicate the same form.

“But it’s also very good motivation to try and do well again next year.”

Verstappen’s team-mate Sergio Perez ended the race in third place, behind the Ferrari of Charles Leclerc.

The race order meant that Perez finished behind Leclerc in the Drivers’ Championship, denying Red Bull a dream 1-2 finish.