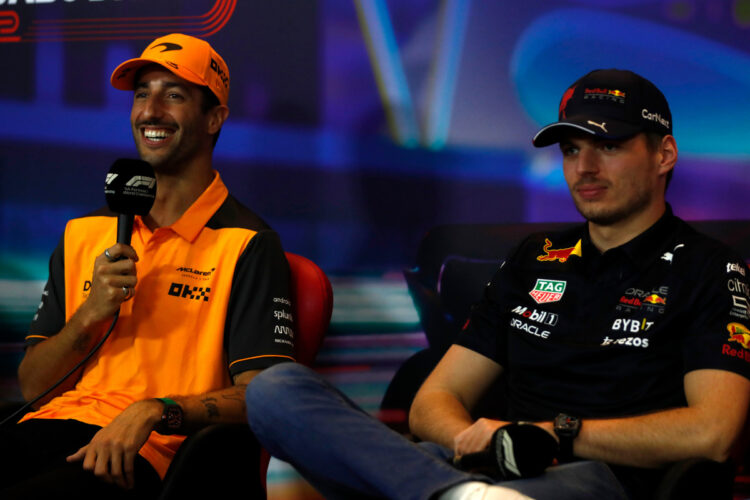 Daniel Ricciardo has confirmed that a return to Red Bull is on the cards next year as he seeks to find a reserve role during his year off.

The Australian signed for McLaren from Renault ahead of the 2021 season, but he has not quite managed to find the glistening form that won him seven races with his former Austrian employers.

A victory in Monza last year gave the 33-year-old a moment to savour in papaya, but he was out-qualified 34 times in 44 races by team-mate Lando Norris, whom he finished well behind in the championship both last year and this.

READ MORE: Verstappen: 2022 F1 success will be ‘hard to replicate’ next year

Recognising that the partnership was not working, Ricciardo and McLaren agreed to part ways at the end of this season, and he will take a gap year next season with a view to returning to the grid in 2024.

What will help with that quest is aligning himself with a team as reserve driver, and after rumours of a Mercedes relationship died down, it was unofficially confirmed by Helmut Marko in Abu Dhabi that the eight-time race winner would be working with Max Verstappen and Sergio Perez at Red Bull next season.

After finishing ninth at the Yas Marina Circuit in his final McLaren outing, Ricciardo affirmed that he is close to a return to Milton Keynes.

“That is, let’s say, the highly likely place for me,” he told Sky Sports, before confirming that he was talking about Red Bull.

“I can’t say 100 percent until things are signed off and whatever, but that’s certainly what’s closest now, and I look forward to that.

“If it is though, I’m not going to be at 24 races, otherwise I may as well be on the grid somewhere. I made it clear that I still need some time off for myself and to get away a little bit. But yeah, I’ll be around to some extent and try to be involved.”

Having struggled to find synergy with the McLaren car, the Perth-born driver opened up on how he has perennially managed to get through this tough spell with his infectious smile very much intact.

“I think it’s so easy to get caught up in the competition. We’re so passionate about it, we do literally pour our life into it, devote so much time to it. So, when it’s not working or it doesn’t go well, you can so easily be angry, frustrated, bitter – a lot of negative emotions and feelings towards something that you truly love.

“So, that’s where I think me finding the right side of perspective allowed me to maintain a lot of happiness, a lot of appreciation for it. Because yeah you have your days, but ultimately, it’s a privilege to do what we love.

“It’s such a fun sport, and the surroundings, the people we meet, all the things around it. So I think anything you do in life, if you just find a little bit of perspective and a little bit of that gratitude, I think it helps you move forward a lot.”