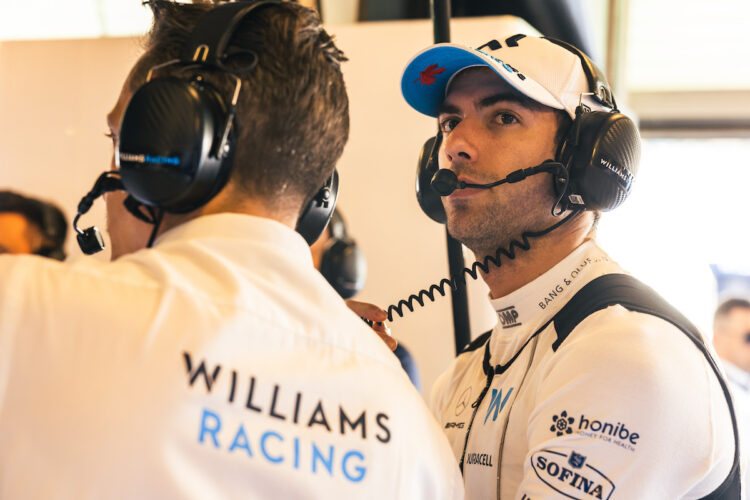 Nicholas Latifi admits that he is feeling “sad” and “disappointed” ahead of his final Formula 1 race with Williams in Abu Dhabi.

The Canadian will depart Williams following the conclusion of the 2022 season, having spent the previous three years as a full-time driver with the Grove-based squad.

During his stint, Williams has produced largely uncompetitive cars that have competed towards the back of the field.

Latifi made his points breakthrough at last year’s Hungarian Grand Prix, before following it up with a ninth-place result at the shortened race in Belgium.

This year, he claimed ninth in Japan, which remains his only top-10 finish of the 2022 campaign.

Williams opted to part ways with Latifi at the end of the season, and he is set to be replaced by American Logan Sargeant for next year.

Speaking ahead of his final race with Williams, Latifi said: “There’s obviously a range of different emotions. I mean, for sure, when I found out the news I wasn’t going to be continuing with the team, there were six races to go.

“So I went in with the approach to enjoy each opportunity, try to make the most of it, and try to enjoy as much as I can and not sweat or stress about the little stuff. Or what seems like the little stuff in hindsight, that’s been difficult to deal with throughout the season.

“And obviously now, we’ve arrived at the last race which, on the one hand felt like it was very slowly approaching but on the other hand, quite quickly, so a bit of a weird position.”

Latifi admits he acknowledges that his F1 journey is likely over following this weekend’s race.

“Coming into the race, for sure it’s a bit sad, and then disappointing,” he commented. “I mean, I would love to continue on in Formula 1. I mean, that’s my goal. That’s where I want to be.

“But it’s looking obviously, like, it’s not going to be the case. So, you know, I’m grateful for the opportunity that I’ve had these three years, I know the very privileged position I’ve been in.

“Many drivers would kill to drive one race, let alone, three years in F1, so I’m very grateful for that and just looking to enjoy it as much as I can.”

Latifi has been linked to other categories, including IndyCar, for the 2023 season.

However, he said in Abu Dhabi that there is still nothing signed for next year.