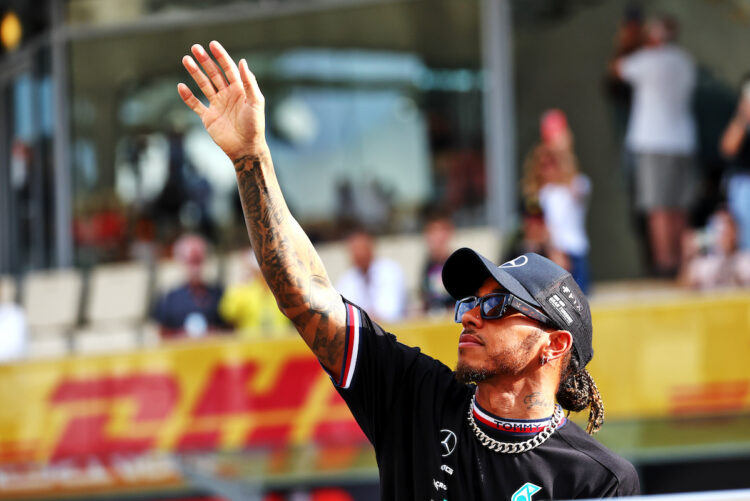 Following his retirement from the Abu Dhabi Grand Prix on Sunday, Lewis Hamilton failed to score a grand prix during a season for the first time in his highly successful career.

Mercedes has struggled for form throughout much of the year, but has shown flashes of speed at times.

This included earlier this month in Brazil, where it won both the Sprint and Sao Paulo Grand Prix with George Russell.

It marked Mercedes’ only win of the season, having been a previously dominant force on the grid throughout the turbo-hybrid era.

He was running well inside the points on Sunday before he reported an issue with the car, which was revealed to be a terminal hydraulics issue.

Having failed to take to the top step of the podium, Hamilton has officially endured the first winless season of his F1 career.

Toto Wolff played down the significance of the lost record.

“I don’t think that this particular record is an important one for him,” he said.

“But we need to provide him with a car next year that he can fight for victories and the championship, that’s the most important [thing].

Hamilton made his F1 debut with McLaren in 2007, taking four wins across his rookie campaign.

The Briton has had uncompetitive seasons before throughout his stint in the sport, but up to now, has managed to come away with at least one race victory in each season.

2022 also marks the first time in his F1 career that he failed to score a pole position during a campaign.

His nine podiums are also the lowest count across a year since 2013, prior to the start of Mercedes’ dominant stretch in F1.

Hamilton ends the 2022 season sixth in the Drivers’ Championship – officially his lowest-ever position.