Verstappen takes seventh and final pole of 2022 in Abu Dhabi 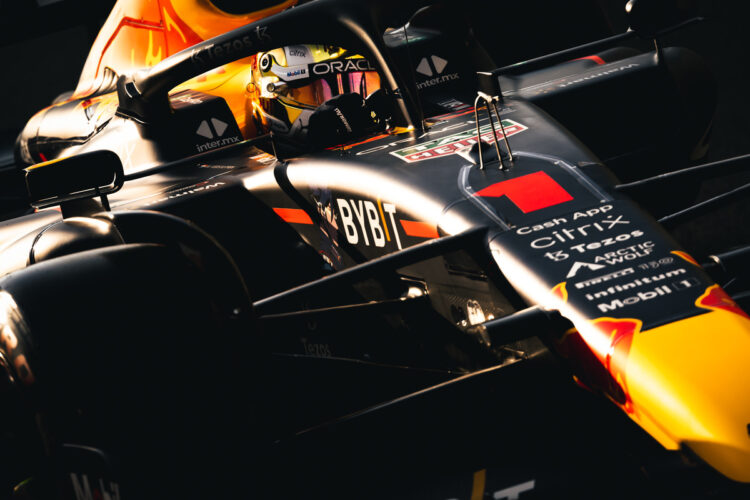 Max Verstappen took his seventh pole position of the season at the Yas Marina Circuit in the final round of the 2022 season and will start at the front of the pack in Sunday’s Abu Dhabi Grand Prix.

He will start ahead of his team-mate Sergio Perez in a Red Bull front row lockout with the two Ferrari’s of Charles Leclerc and Carlos Sainz in third and fourth respectively.

The Mercedes duo of Lewis Hamilton and George Russell will start from the third row, ahead of Lando Norris and Esteban Ocon in seventh and eighth.

Sebastian Vettel will start from ninth place in his final race in Formula 1 after putting on a wonderful last display in qualifying to make it into Q3.

Daniel Ricciardo qualified in tenth but will start three places down the grid after serving a three-place grid penalty for causing a collision in Brazil last week.

After the first round of flying laps in Q1, Verstappen found himself sitting at the top of the timing sheet with his Red Bull team-mate in second by half a tenth.

As the times started to ramp up by the time the second flying laps were delivered, it was a case of who can put together a good lap and not run into traffic to secure their place in Q2.

With Fernando Alonso just sneaking through at the last second, it was Kevin Magnussen, Pierre Gasly, Valtteri Bottas, Alexander Albon and Nicholas Latifi who didn’t make the cut into the next session.

It was Perez’s turn to lead the pack in Q2, putting four-tenths between himself and Verstappen after the first round of laps. Lando Norris split the two Ferrari’s in fourth as Vettel calmly placed himself into eighth.

A fast last lap saw Norris push Alonso out of the top ten and into the relegation zone where he joined Yuki Tsunoda, Mick Schumacher, Lance Stroll and Zhou Guanyu.

The Mercedes duo were the first two to set a lap in Q3, going out early to get a free run at the Yas Marina Circuit but it was Verstappen who put himself onto provisional pole, to begin with.

However, it was Verstappen who nailed his final lap to take pole position as he hopes to win in Abu Dhabi for the third successive grand prix at the Marina.