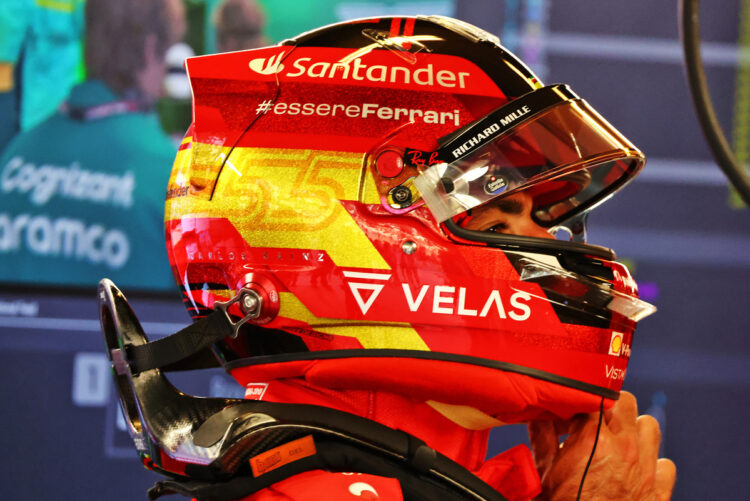 Having looked off the pace in the final practice session on Saturday, the pace shown by Charles Leclerc and Carlos Sainz offered some relief for the Maranello-based side.

The Monegasque qualified third as Sainz completed an all-Ferrari second row behind the Red Bull pair of Max Verstappen and Sergio Perez.

Lewis Hamilton and George Russell ended up fifth and sixth respectively for Mercedes – and while Sainz would like to look further ahead, Ferrari has set its aim at besting Mercedes to the chequered flag.

“I think they are within reach, but at the same time they are the faster car this weekend,” Sainz told Sky Sports.

“We will try everything we can to out-race them tomorrow, but if they are three tenths quicker in quali, normally they are half a second [clear in the race].

“So, there is a bit of a gap there always in the race, but the important thing is that today we beat the Mercedes, which they looked quick all weekend. And we have a good chance of beating them tomorrow.”

Regarding the fight for second, Sainz is confident that the 16-time champions can consolidate their 19-point advantage over Mercedes, whose record-breaking run of eight consecutive constructors’ titles was ended by Red Bull in 2022.

“I think we can maintain it tomorrow,” said an optimistic Spaniard.

“I think we are in a strong position to keep it. We will give it everything tomorrow, but personally I would love to finish the season with a podium.”