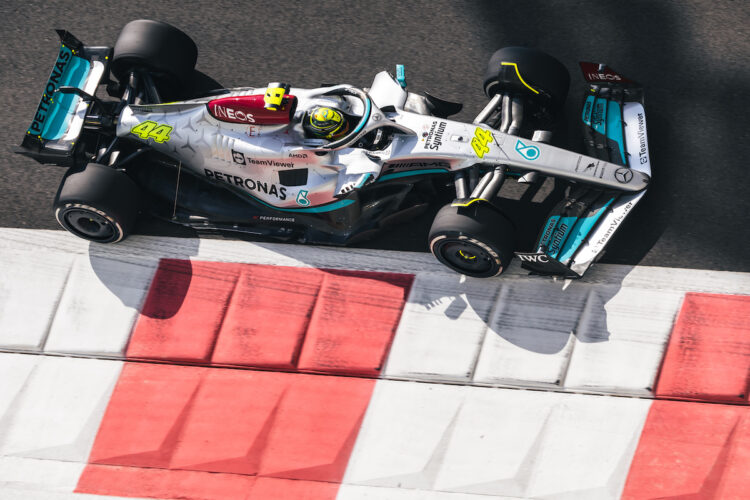 Lewis Hamilton is facing a trip to the stewards after the conclusion of third practice in Abu Dhabi, after he allegedly failed to slow under a red flag.

Race Control threw the red flag when the wheel cap from Pierre Gasly’s AlphaTauri became dislodged from his car.

Hamilton was approaching Turn 5 when the red flag was thrown, and replays showed that he moved ahead of a McLaren and a Haas that were travelling at a slower speed.

Lando Norris, who was in the McLaren, pointed out over the radio that Hamilton had moved in front after the red flag was deployed.

Mercedes enters the weekend hoping to continue its strong form from Brazil, where it secured its first race of the 2022 campaign.

Hamilton ended the opening practice session of the weekend on Friday afternoon on top of the timesheets, with team-mate George Russell following in second place.

The seven-time World Champion spoke positively about Mercedes’ prospects at the Yas Marina Circuit after the opening two practice sessions.