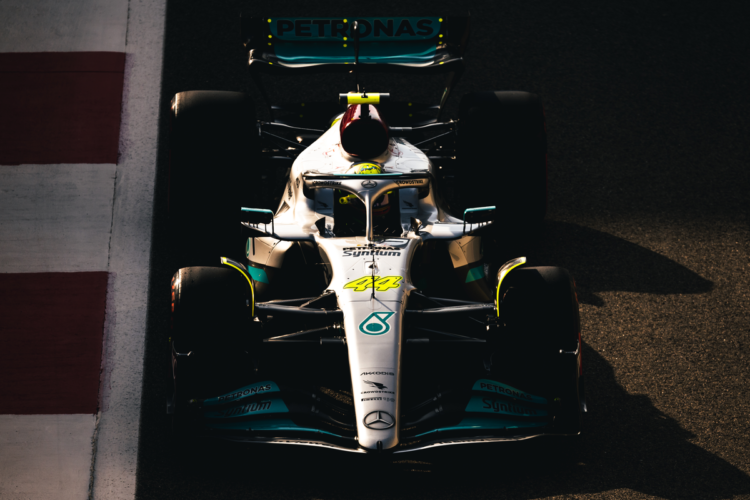 The FIA has deemed the incident involving Lewis Hamilton overtaking under red flag conditions in Saturday’s Free Practice 3 session as not worthy of a penalty.

The seven-time champion was summoned to the stewards following the conclusion of the session and attended the hearing with the Mercedes sporting director Ron Meadows.

In a decision statement released by the stewards, the race director wrote: “There is no dispute that Car 44 passed Car 20 directly after the track was placed in a Red Flag condition.

“The driver of Car 44 stated that he was on a fast lap, he saw the Red Light, immediately completely lifted the throttle and applied the brakes, whilst checking his mirrors for cars following in close proximity.  He stated that he had, in doing so, gone past Car 20.

“The Stewards took note of the precedent in relation to the 2021 Dutch Grand Prix (Max Verstappen), where no action was taken against the driver under similar but not identical circumstances.

“The telemetry evidence was sourced directly from the live data available to the FIA not from any evidence provided by the team.

earliest opportunity upon the first indication of the red light.

“Notwithstanding, technically this is still a breach of Art 2.5.4.1 b of Cpt IV of Appendix

H of the International Sporting Code, however he could not avoid overtaking Car 20 in

this case and therefore the Stewards DETERMINE to apply no penalty.”