Button weighs in on Red Bull F1 quarrel: ‘Vettel did the same’ 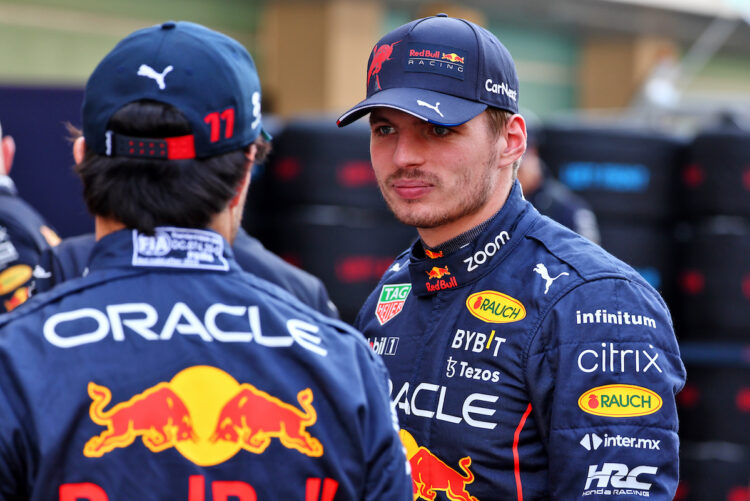 Friction appeared within the team after Max Verstappen didn’t let team-mate Sergio Perez through for position at the end of the Sao Paulo Grand Prix, despite a team order.

Perez is currently fighting for second place in the Constructors’ Championship against Ferrari’s Charles Leclerc.

Verstappen confirmed that the matter occurred due to an incident that happened within the team earlier this year.

With the season coming to a conclusion at this weekend’s grand prix in Abu Dhabi, Button point out that Verstappen may be in a position where he is unable to assist Perez this time around.

“If Checo does have the deficit to Max and Max is away in the lead and Checo is 20 seconds behind, he’s probably not going to slow down and let him past,” he told Sky F1.

“Doing it when they were fighting for sixth position in Brazil is a much easier ask. It looks like Max has a big advantage over Checo.

“We’ll see what happens in qualifying, but I think he’s very good about getting the maximum out of the car when he’s got to really rag it.”

Verstappen has largely been the faster driver at Red Bull in 2022, dominating much of the season en route to his second world title.

Button says that Verstappen had the same mentality as Sebastian Vettel at Red Bull, highlighting the infamous ‘Multi-21’ team order fallout that occurred at the 2013 Malaysian Grand Prix.

Damon Hill, who won the 1996 F1 title, concurred with Button that Brazil was Verstappen’s prime opportunity to assist Perez.

“Sergio is on his own. I’m sure that Max would not want to deliberately deprive the team of their only ever 1-2 finish.