Leclerc responds to Binotto exit talk: ‘There are always rumours’ 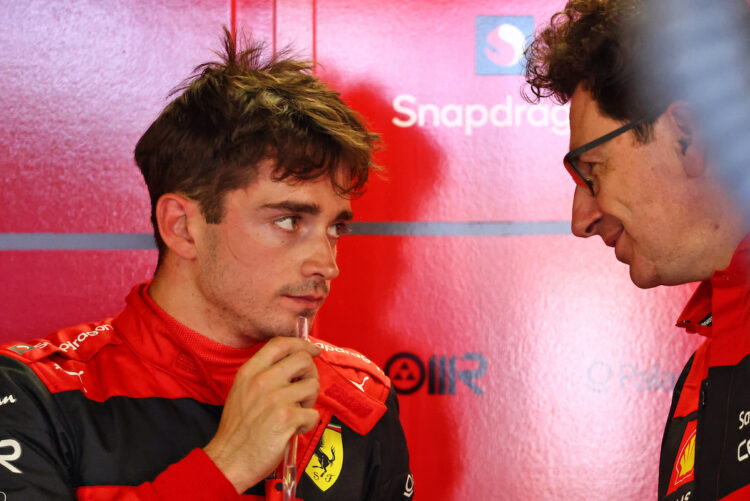 Charles Leclerc has responded to speculation that Mattia Binotto will be ousted as Ferrari’s Team Principal ahead of the 2022 Formula 1 season.

Earlier this week, a report in the Italian media stated that Binotto would vacate his team boss role for 2023.

It added that Frederic Vasseur, who currently runs Alfa Romeo’s operation, would take over the position at the Maranello-based squad.

Ferrari responded to the story, stating that the claims are ‘totally without foundation’.

Leclerc spoke about the situation in Abu Dhabi, highlighting that people forget that Ferrari has made a strong jump in pace from 2021 to 2022.

“Overall, there are always rumours around Formula 1, and especially around Ferrari and this doesn’t change,” Leclerc said.

“Obviously, when we are getting to the end of the season, there are always voices around us. But I think as a team, we really need to focus on our job and on track, try to extract all of the things that are happening around the team.

“People tend to forget how big of a step we’ve done from last year to this year. There’s definitely another step that we need to do but I am sure that we’ll do it all together, and starting with this race, hopefully to finish on a high this season.

“But apart from that, there’s nothing more to say. I don’t think we should give too much attention to that.

“Obviously, it’s a big statement, what was made by the media but again, they remain rumours, but also for the team in itself it’s not great to read these things.

“So I think it’s good that the team has cleared the air, and hopefully we can focus 100% on that last weekend, that again, is an important one.”

Ferrari started the season in apparent championship contention, winning two out of the opening three races – but its form dipped after the opening rounds.

It now hopes to finish the season in front of Mercedes, as it heads the Brackley-based squad by 19 points ahead of the last race in Abu Dhabi.

“It’s been a bit up and down in the last few races,” he said. “Brazil has been good but unfortunately because of our first lap incident, it was all about coming back to the front, but the pace was there so I hope we’ll be strong enough to fight for the top positions.