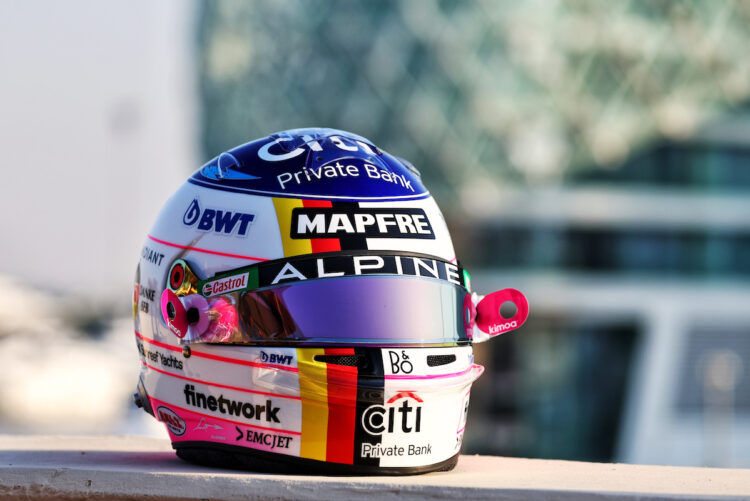 This weekend’s race will be the last of Vettel’s career, with the four-time World Champion retiring at the conclusion of the 2022 campaign.

Vettel’s highly successful F1 stint began in 2007 with BMW Sauber, before he raced in the 2008 season with Toro Rosso.

For 2009, he was promoted to Red Bull and it was at the energy drink backed-squad where he achieved the bulk of his success, including all of his titles.

Vettel went head-to-head against Alonso in the 2010 and 2012 championship fights, while the latter was still at Ferrari.

Vettel replaced Alonso at Ferrari in 2015, and remained at the Italian squad until the end of 2020 before departing for Aston Martin.

Throughout his Ferrari and Aston Martin campaigns, Vettel’s predominantly white helmet with the German flag stripe has been one of the most recognisable liveries on the grid.

This weekend, Alonso will sport a similar design ahead of his switch to Aston Martin in Vettel’s place next year.

“I mean, it’s going to be strange to don’t have him in next year and the first race,” Alonso said.

“But yeah, I mean, we share, as you said, so many things. Over the last 15 years, sometimes we fought for championships, sometimes for seven places, even in Japan to the finish line, and we still obviously always enjoy every single battle and, and respect each other as much as we could.

“I think my career is going to be linked to Sebastian in a way because we fought for many great things and in the best seasons of our life, probably, and even though it was on his side, the outcome always.

“I think it’s going be very linked, our two names – or my name in Sebastian’s career, and vice versa.”