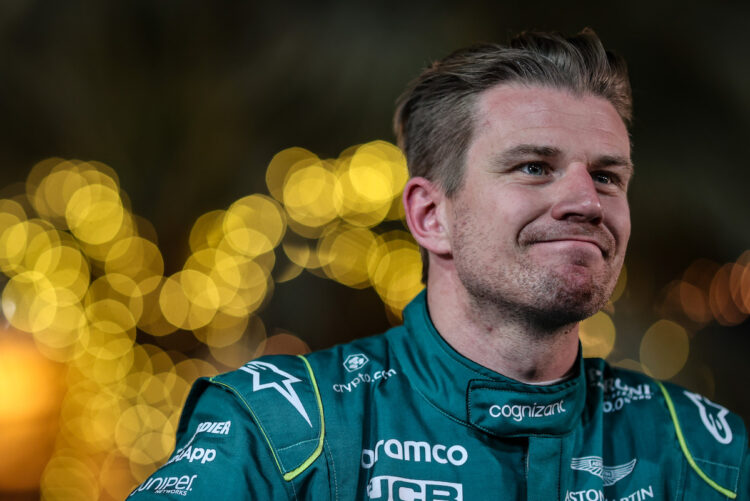 Haas Team Principal Guenther Steiner has explained the US-owned squad’s decision to sign Nico Hulkenberg for 2023, stating he is the right driver to take it forward.

Haas announced Hulkenberg’s contract on Thursday morning, shortly after it confirmed that it would part ways with Mick Schumacher at the end of the 2022 campaign.

Hulkenberg returns to F1 after three seasons on the sidelines, having last raced full-time for Renault in 2019.

He has made several one-off appearances for Racing Point/Aston Martin since the start of the Covid-19 pandemic.

The 35-year-old has over 180 grand prix starts to his name, with Steiner asserting that his experience made him a more appealing option than Schumacher.

“He was in F1 a long time and he was with teams in the midfield for a long time so he knows how they work, how to make them better,” Steiner said.

“We looked at that wherever he was the team always made progress and we hope, that’s our aim to do that as well here and that’s why it came up that choice.

“Obviously you start off with more people [being studied for the seat], considering more people in the beginning and then it narrows down.

“Then it came out after speaking with people which worked with him and things like this that Nico is the choice we want to have for the team to move on with the team as we said in the press release to take us forward.”

Haas endured a difficult 2021 campaign, competing at the back of the field for much of the year with rookies Schumacher and Nikita Mazepin.

Steiner says that as it looks to return to a positive rate of progression, it only made sense for Haas to prioritise experience with its drivers.

“I would say Mick doesn’t have the experience Nico has got, you know? And we needed experience to bring the team forward,” he said.

“I don’t want to say the driver wasn’t ready for the future, the team also needs to be a lot better for the future to get better.

“I’m not blaming it on Mick that we are where we are, but in general the team, in 2018 we made good progress the first years, we looked at that one as well to move forward and then we stagnated in ’19 and then in ’20 we went down.

“So we need to go forward again and that’s the best with experienced people and drivers which have done this before, which can bring experiences into our team which they have made in other teams. So completely different than what you said.”