Perez denies he purposely crashed in Monaco to deny Verstappen 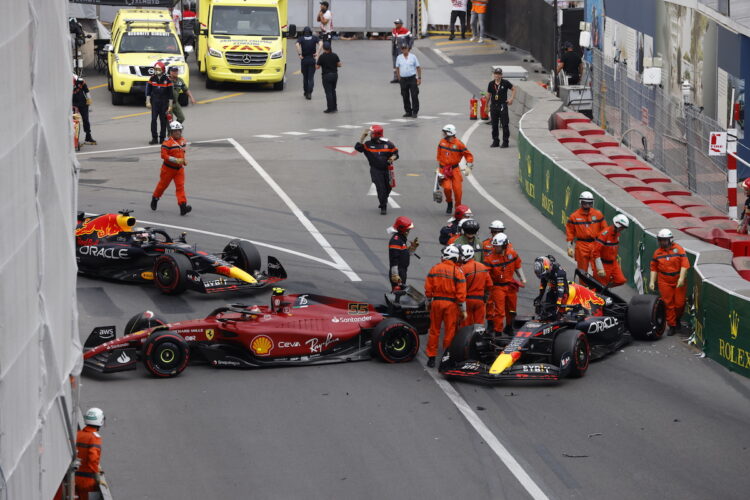 Sergio Perez has asserted that he didn’t crash on purpose to hurt Red Bull team-mate Max Verstappen during qualifying at the Monaco Grand Prix.

The Q3 session in Monaco earlier this year ended prematurely when Perez crashed at Turn 8, allowing Ferrari to lock out the front row.

Speculation arose in Brazil that Perez had crashed on purpose to stay ahead of Verstappen on the starting grid, having claimed third after his opening attempt.

The rumours were highlighted when Verstappen didn’t hand sixth position back to Perez at the end of the Sao Paulo Grand Prix to help his fight against Charles Leclerc in the Drivers’ standings.

Speaking in Abu Dhabi, Verstappen admitted that the Brazil situation “was about something that happened earlier in the season”, but didn’t elaborate further.

Perez was questioned about the Monaco rumours and denied that he deliberately spun his car into the barriers.

“Everyone makes mistakes in Monaco and you can have all the information and go and see it already that I nearly crashed into Turn 1,” he said.

“Everyone makes mistakes in Monaco, and in general in qualifying, it’s not like it was done on purpose.

We have discussed what happened in Sao Paulo internally and we have agreed for the benefit of the team that this should remain internal, what we discussed within the team.

“It’s best so we don’t open any speculation, we move on and we are able to be the team we used to be, united and strong, and that is the priority of the team, to put all of this behind us and just move forward.”

Red Bull released a statement on Thursday in which it said it accepted Verstappen’s reasoning behind his refusal to let Perez by.

While Perez admits that he is disappointed by Verstappen’s decision, he says he is focused on retaining harmony within the team.

“It was just the last 100 metres of the lap that I found out that he wasn’t going to give me back the position,” he said.

“It was obviously a bad feeling, but I think I am able to put all of this behind us because my priority is to have a good environment to work in and to be able to trust my team-mate and trust my team. That’s my priority.”