by Ashley Hambly
A A
6 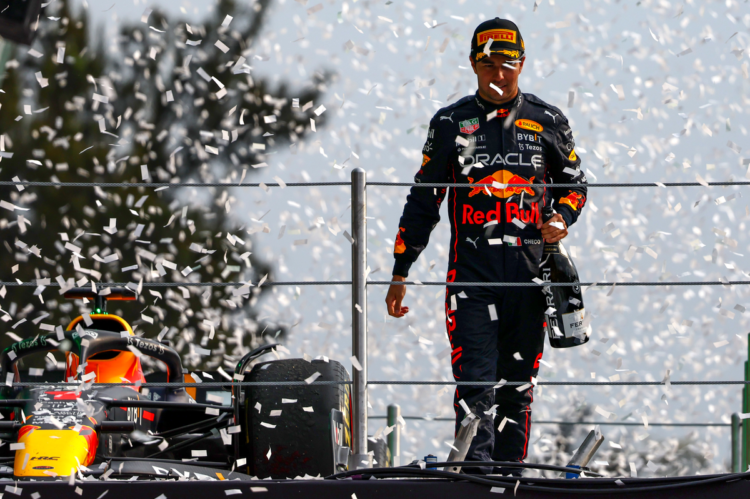 While still locked in a battle with Ferrari’s Charles Leclerc for second place in the 2022 Formula 1 Drivers’ Championship, Sergio Perez has already set his sights on the 2023 crown.

Perez has enjoyed two seasons of being a Red Bull Racing driver in a spell which has seen them rise to the top of the standings again.

When asked about his feelings in regard to his second season at Red Bull, Perez told the media of his ambitions in 2023: “Certainly, it started really well. Some reliability issues in the beginning, but things were looking on track.

“So, there is some work to do in that regard together with the team to make sure that we can keep that consistency throughout and that we can come back next year and fight for the title if we were to have a similar level of car for next year.

“It’s important that we finish our season on a high so that we can come back next year and start strong throughout the season.”

The Mexican driver also went on to talk about how he feels that he is in the prime of his career.

“I think it really depends on how comfortable I am at the start of the season with the car, as I was in the beginning of the season, then it slipped away,” he continued.

So I think as Formula 1 drivers, we are constantly working for new challenges, you know, all the time. But I do feel, at this time, I’m pretty much at my best.”