Report: Binotto to be replaced at Ferrari by Vasseur 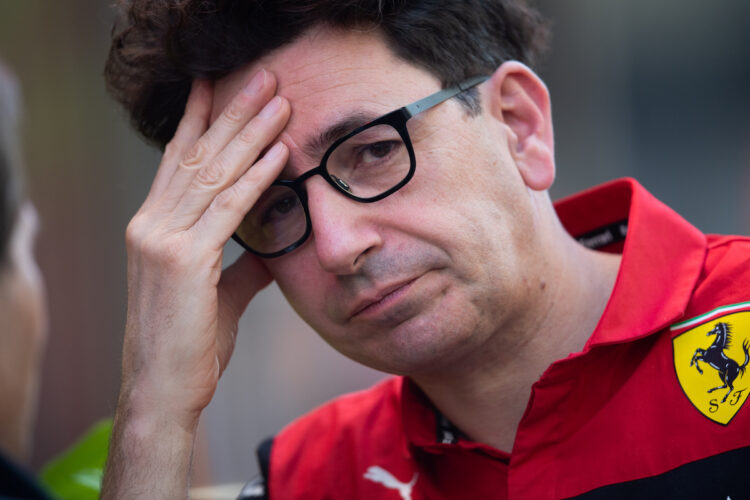 Mattia Binotto will vacate his role as Ferrari’s Formula 1 Team Principal and will be replaced by Alfa Romeo boss Frederic Vasseur, according to a report.

La Gazzetta dello Sport writes that the change will be made ahead of the 2023 campaign and end Binotto’s four-year stint at the helm of the Italian squad.

Ferrari has endured a difficult 2022 campaign – it appeared in the early part of the season that it was in contention for the World Championship.

However, after winning two of the opening three races, Red Bull began to dominate and control the standings, wrapping up the Drivers’ and Constructors’ Championships with several rounds remaining.

According to the report, Ferrari president John Elkann has been eyeing up a replacement for Binotto for some time.

Binotto was elevated from his role as technical director, having worked for Ferrari for a number of years prior to the promotion.

Vasseur has been at the forefront of the Alfa Romeo F1 team since 2017, when it competed under the Sauber name.

He ran the Renault F1 operation in 2016 before departing the organisation due to disagreements with former managing director Cyril Abiteboul.

Ferrari has since responded to the Italian report.