Herbert: Russell’s victory signals ‘changing of the guard’ at Mercedes 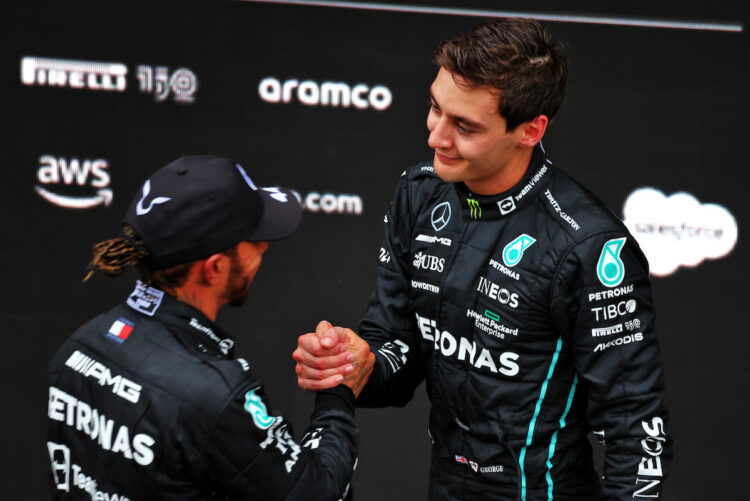 The victory also ended Mercedes’ F1 drought, as the win marked its first of the 2022 campaign.

Russell is currently enjoying his first F1 season with Mercedes, while Hamilton is bringing an end to his 10th season with the Brackley-based squad.

Speaking to Sky Sports News, Herbert gave the opinion that a new era is dawning for Mercedes following Russell’s win.

“It’s very significant as well, his battle with Lewis Hamilton,” Herbert said. “This is the changing of the guard starting to appear.

“We’ve seen it with Max Verstappen being a two-time World Champion over the last two years, but now George, this is going to be something so powerful for him in his career.

“It was just the manner that he won the race. He did it in such a beautiful, consistent fashion throughout. He’s under pressure, pressure that he’s never felt before, and he delivered. Brilliant job.”

Mercedes has struggled for form throughout the 2022 season, having won or been in contention for the title every year from 2014 to 2021.

Should it enter the 2023 campaign with a cat that consistently fights at the front, Herbert says that Russell shouldn’t be ruled out of a championship charge.

“The two things that have come together; the race win, now he can concentrate on the last race coming our way in Abu Dhabi,” Hebert said. “Then it’s really down to Mercedes to supply the car which hasn’t been the case throughout this season.

“Now they have got themselves in a much, much better position. And when that position has come George’s way, he’s grabbed it and he’s delivered.

“With the race win that he’s got in Brazil, it’ll carry him through to Abu Dhabi with a completely different confidence when he gets into the cockpit. Yes he’s won a race, but he also beat Lewis Hamilton at the same time.

“So this is brilliant for him, and if they can supply him a car and continue this development programme that they’ve done in the last part of this season and give him car for next year – I think I’d put a bit of money on George winning that championship.”