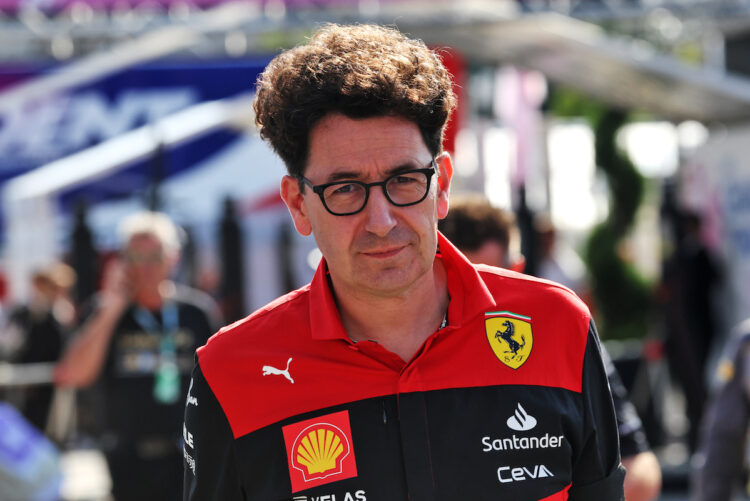 Ferrari has responded to suggestions that Mattia Binotto will be replaced as its Team Principal at the end of 2022.

On Tuesday, Italian media reported that Binotto would no longer hold the role of Team Principal of Ferrari ahead of the 2023 campaign.

It also stated that Frederic Vasseur, who currently runs the Alfa Romeo Formula 1 squad, would replace him.

But Ferrari has denied that it this will be the case ahead of 2023, taking to social media on Tuesday to clarify the situation.

“In relation to speculation in certain media regarding Scuderia Ferrari Team Principal Mattia Binotto’s position, Ferrari states that these rumours are totally without foundation,” the short statement read.

Binotto has been in charge of the Ferrari team since 2019, having been promoted from his role within the technical department.

Having competed some way off the pace over the last couple of seasons, its form appeared to have taken a notable turn in the early stages of the 2022 campaign, when it looked to be in contention for the World Championship.

However, with one round remaining, it is now looking to protect second place in the Constructors’ standings, with Mercedes 19 points behind it.

Ferrari has taken four grand prix wins this season, but hasn’t stood atop the podium since July’s Austrian Grand Prix.