Alonso: Mexico F1 race was better for Alpine despite fifth in Brazil 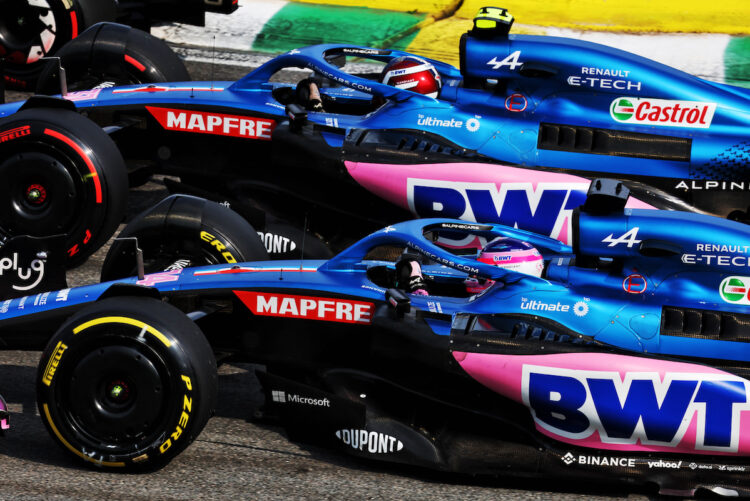 Fernando Alonso believes that the recent Mexico City Grand Prix was a better race for himself and the Alpine team despite scoring a fifth-place result in Brazil.

Alonso matched his best finish of the season at the Interlagos Circuit on Sunday, taking his third fifth-place result of the 2022 campaign.

However, the two-time Formula 1 World Champion denies that it was his best race of the year, after pitting late under a Safety Car before charging past his rivals and into the top five.

Instead, Alonso credited his best race of 2022 as Mexico, where he retired late with a Power Unit issue while running in seventh place.

“I think the best race was Mexico. I didn’t finish the race, I know but execution-wise I was happier with Mexico than today.”

Nevertheless, Alonso was pleased with how his race unfolded in Sao Paulo.

“[It was] a very good race for us,” he said. “We chose a three-stop strategy so we were out of sync with most of the cars.

“At the end, the last Safety Car reshuffled the race a little bit. I had newer tyres and I could have some fun at the end, overtaking Checo, fighting with Charles. With McLaren out of the race, a lot of points of Alpine today.”

The strong result came following a disastrous Sprint race for Alpine, as Alonso and team-mate Esteban Ocon collided twice during the outing.

Alonso was issued a 10-second time penalty for the collision at high speed at the Turn 15, which he described as “extremely harsh”.

“Yesterday was what it was,” he said. “I accept the one on the straight, I think the penalty was extremely harsh.

“We had exactly the same accident in Portimao with Kimi [Raikkonen] and [Antonio] Giovinazzi [in 2021], and nothing happened. When you don’t damage the car… OK I take the penalty, take the blame for that.

“The race is on Sunday, anything can happen as we saw today. In two years, we had one mistake, it was yesterday.

“It has been two years clean, some first laps we had some fights but because we start always together, we qualify very close.

“In two years, we had one contact. Today we recovered everything we did yesterday. We try to do the best for the team.”

Alpine now sits 19 points in front of McLaren for fourth in the Constructors’ Championship, after the latter suffered a double DNF in Brazil.

“Our main concern is always reliability, it has been our weakest point,” Alonso added. “If you are only five or six points ahead of McLaren, anything can happen if you don’t finish the race.

“Now we have a little bit more margin. We still want to outscore them in Abu Dhabi and finish in the top seven or top six.”