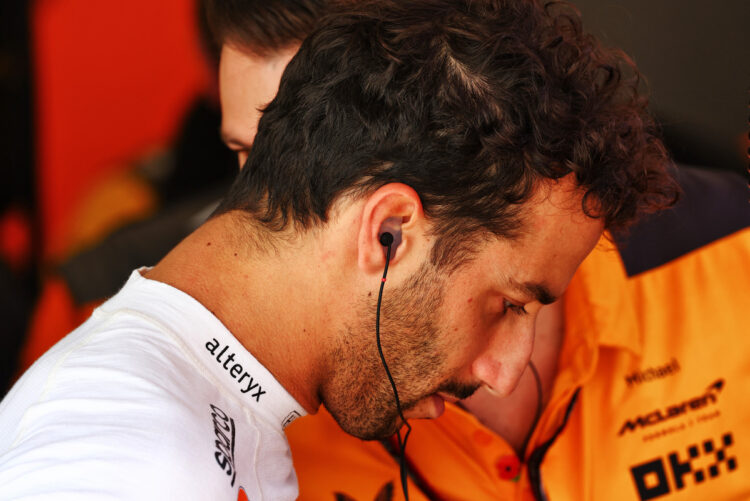 McLaren’s Daniel Ricciardo will start his final race with the team three grid slots worse off after his crash with Kevin Magnussen in Brazil.

The Australian had climbed up to 11th in the sprint, while Magnussen, who began Saturday’s dash on pole, ended up eighth for the start of the main event.

Ricciardo attempted to make progress in quintessentially aggressive fashion on the opening lap, but could only contrive to slam into the back of the Haas at Turn Eight.

That span Magnussen round, and he allowed his car to roll back to avoid being collected by the rest of the field.

However, Ricciardo had attempted to slip behind him, so the pair made further contact, causing terminal damage to both cars.

The stewards took a look at the incident, and have now decided that Ricciardo’s actions warranted a three-place grid drop for next weekend’s season finale in Abu Dhabi.

“The Stewards heard from the driver of Car 3 (Daniel Ricciardo), the driver of car 20 (Kevin Magnussen) and team representatives,” read a report from the stewards.

“The Stewards reviewed the video from several angles and reviewed GPS data presented by the McLaren team and telemetry from their own sources.

“Ricciardo made contact with Magnussen at Turn 8 on lap one, which caused Magnussen to spin, and subsequently both cars crashed. McLaren explained that in their view Magnussen was slower at the exit of turn eight than the other cars ahead, which made it difficult to judge the closing rate, as the two cars interacted.

“The Stewards determined that Magnussen drove in a normal manner for that corner, and that he did not make any erratic moves. Thus the Stewards determine that Ricciardo was wholly to blame for the incident and issue a drop of three grid places for the next event.”