by Motorsport Week
A A
11 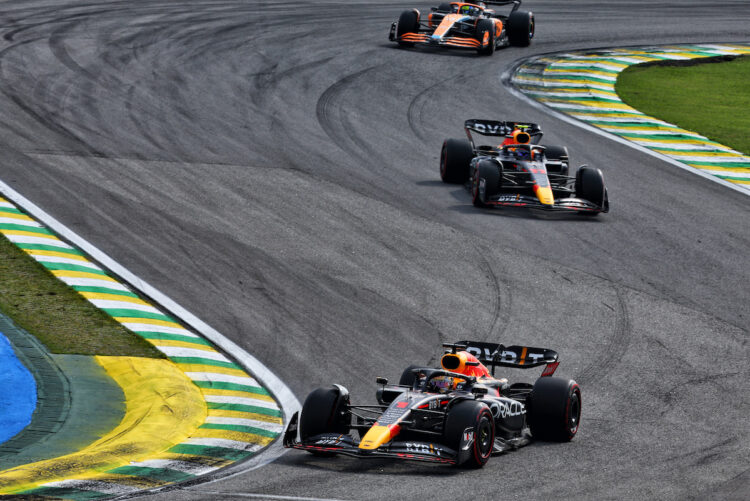 The main topic of conversation following the Sao Paulo Grand Prix on Sunday surrounds Red Bull after Max Verstappen refused a team order on the final lap of the race.

Verstappen had been let through by Red Bull team-mate Sergio Perez to attack the cars in front in the closing laps of the race, but was told over team radio to hand the place back if he couldn’t overtake Fernando Alonso for fifth.

Although he got close to the Spaniard, Verstappen didn’t move in front but also failed to pull aside and hand the position back to Perez

The situation was particularly controversial as Perez is currently battling Ferrari’s Charles Leclerc for second in the Drivers’ Championship.

With just one round remaining, the duo are now tied on 290 points.

One rumour circulating is that Verstappen defied the team order as payback for Monaco, when Perez crashed on his final hot lap in Q3, denying Verstappen the chance to fight for pole position.

Perez would go on to win the race for Red Bull, his first of the 2022 campaign. According to information in Dutch media, Perez admitted to Red Bull that he had spun deliberately during the session.

“Perez deliberately crashed in qualifying in Monaco and later admitted it to Helmut Marko and Christian Horner. Max Verstappen has not forgotten that.”

Speaking to Sky F1 after the session, Verstappen defended his decision to stay in front of Perez.

When asked if it was a potential payback situation for Monaco: “You can decide that.”