Magnussen ‘happy with the point’ at Interlagos sprint race 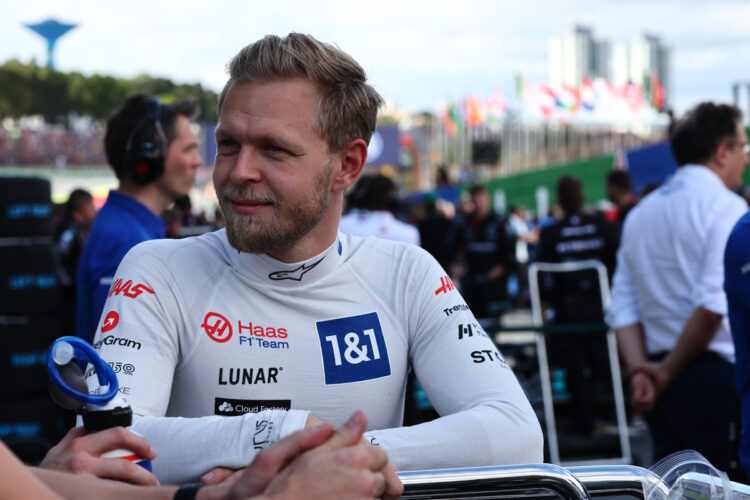 Kevin Magnussen was aware that he was always going to struggle to hold onto the lead at the Sao Paulo Grand Prix sprint race, so he was pleased to take a point for eighth.

The Dane took a sensational maiden pole for him and his Haas team on Friday in challenging conditions, setting the fastest lap before George Russell’s red flag-inducing spin and the downpour that followed.

Despite maintaining the lead off the start, the 30-year-old was quickly passed by Max Verstappen, George Russell and Carlos Sainz, before later being cleared by Lewis Hamilton, Carlos Sainz and Lando Norris.

Magnussen would have liked to take seventh from the latter, but it was still a satisfying day that sets him up for a good starting position on Sunday.

“I really enjoyed today – and we got a point, and that’s also a very important point given our battle for eighth with AlphaTauri,” he said.

“We knew we weren’t going to win this race and that wasn’t really the aim. It was all about enjoying staring from the pole position and then really trying to get a point out of it.

“The dream was to try and finish ahead of Lando just behind all the big cars. That didn’t quite happen, but we’re still happy with the point for eighth.

“We start from there tomorrow and that’s a position we’d be very happy about in regular qualifying. So, we start from inside the top 10 and hopefully we can go for points tomorrow too.”