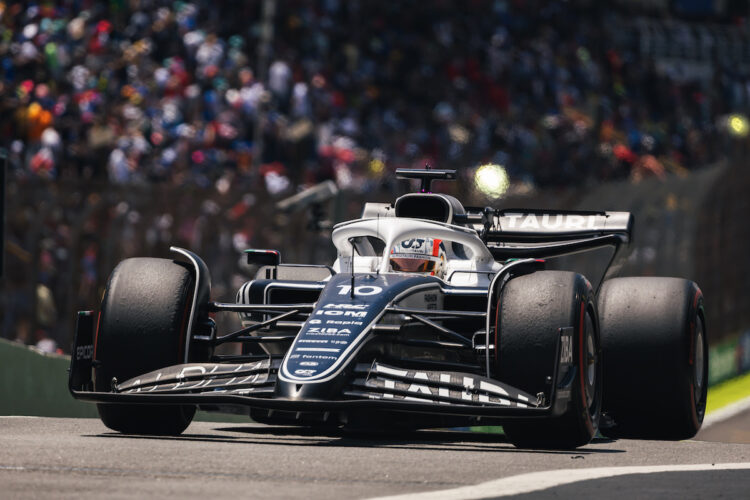 Pierre Gasly has been called to see the stewards in Brazil following the F1 Sprint from Sao Paulo.

The situation comes at a difficult time for Gasly, who is just two penalty points away from receiving a race ban.

The stewards have accused Gasly of “driving unnecessarily slowly during reconnaissance laps”.

Gasly endured a difficult month in October, picking up five penalty points across three races. It left the Frenchman frustrated and “embarrassed” over his situation.

He will not have penalty points drop off his tally until May 22, 2023, meaning he contests the final two races of 2022 and the opening seven rounds of next season with the threat of a race ban looming over his head.

Any driver that accumulates 12 penalty points in 12 months is automatically handed a race ban – Gasly currently sits on 10.

No driver has ever been banned from a race for picking up the 12 penalty points since the regulation was introduced in 2014.

Gasly is entering his final two races with AlphaTauri ahead of his switch to Alpine in 2023.