Alpine: Alonso and Ocon have let the team down 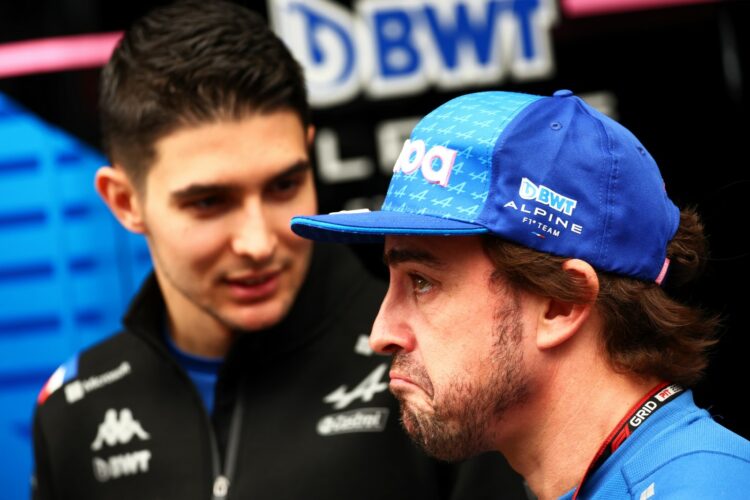 Alpine boss Otmar Szafnauer has heaped criticism on drivers Fernando Alonso and Esteban Ocon after they clashed twice during F1 Sprint in Brazil.

Alonso attempted to pass Ocon through Descida do Lago on the opening lap of the 24-lap encounter but slid wide and made contact with the sister A522.

Alonso had another run on Ocon along the pit straight at the end of the lap but clipped the rear of his team-mate’s car, sustaining front wing damage, and forcing him to pit.

Ocon sustained right rear floor damage in the initial contact and slid through the pecking order as the race progressed, before his car caught fire in parc ferme due to a suspected fuel leak.

Alonso and Ocon are due to line up from 15th and 18th respectively for Sunday’s grand prix.

“We are extremely disappointed with today’s Sprint result, which has put us in a worse position on the grid for tomorrow’s main race,” said Szafnauer.

“We are in a very tight and competitive championship fight for fourth place in the Constructors’ Championship; an objective for which over 1,000 staff are tirelessly working and striving towards.

“Frankly, both Esteban and Fernando must do a better job to compliment the fantastic efforts of everyone in the team by avoiding on-track incidents and compromising the entire team’s performance.

“Today, both drivers have let the team down. I expect more from them tomorrow where we must do everything we can to recover some points from the weekend for the Championship.

“We aim to ensure we go to Abu Dhabi next weekend in a position where we can reach our season goals.”

Stewards are still investigating the two clashes between the Alpine drivers.